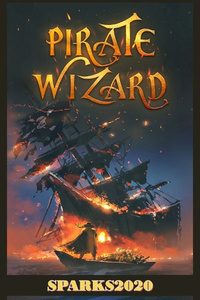 Pirate Wizard has been picked up for publication and will be available on Amazon, Kindle Unlimited, and Audiobook by December 15 as Pirate Wizard - Seas of Avalon Book One.

The pre-order links are:

I’m particularly excited about the audiobook version, which is a duet between voice artists Julia Sage and Theodore Zephyr. Theo even sings all of the sea shanties!

Please consider purchasing a copy in any format. Doing so during my first week of release on Amazon (December 15-22) would be especially helpful to me, as it pleases and sates the mighty Amazon algorithm dragon.

For those of you just starting, in order to comply with ‘Zon's exclusivity terms, at Chapter 7 the story jumps to Chapter 62, but then continues uninterrupted for the next forty+ chapters.

Thank you for all the support, feedback, and your invaluable time as readers following the journey of Caleb, Tavia, Shaw, and the rest of the magical pirate crew aboard the Spitfire.

Note: There's plenty of action and swashbuckling to go around, so if Pirate Wizard was a movie, it would likely be rated a hard PG-13. 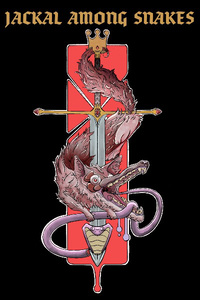 The royal bastard of House Vasquer, Argrave, changed after his stay studying magic at the Tower of the Gray Owl. The sickly man's awkward posture and cruel behavior have been replaced with a neat dignity and acerbic wit. Though once listless, he now strives towards his goals with a life-or-death tenacity. Most come away thinking he seems to know too many details about too much. Few can claim to know his motives or his goals.

Yet behind that confident appearance, the primary contributor for an open-world RPG's wiki battles existential dread and things far beyond his ken as he struggles to adapt to a grim, gothic fantasy world mirroring his favorite game. The prospect of fighting against a world-ending calamity loses all of its appeal when it transitions from entertainment to reality. Argrave is spurred towards unwanted heroism to preserve his life as he struggles desperately to keep this sinking ship afloat.