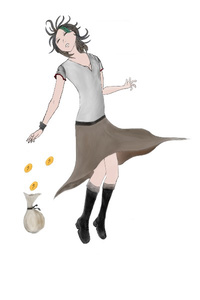 Hello readers! My name is Shannon and I'll be writing and editing Sanctuary week-by-week. The book is roughed in with fifteen chapters. I don't have a posting strategy but will try to publish a chapter per week as they are finished. Please follow, like, and leave comments and thoughts for the story as it develops. Thanks for reading, I know there are a lot of stories out there so I appreciate your literary time and attention!

Adelia is a Moirai, don’t call her a fairy. She doesn’t like that. Born from the emotion embedded in abandoned places, the Moirai are bound to their sanctuaries. Rarely seen by humans, they keep to the abandoned places and travel through doors. But to a seer like Jeremy, their world is open. He just doesn’t know it yet. When he stumbles into Kenneth’s Cabin in the middle of a storm, Adelia seizes her chance to use his sight to save her friends, herself, and maybe the human world, too. Little does she know, her past may not be what she thinks it is, and her journey to escape the enchanted gold coins she’s bound to may unlock deep secrets only her ancient master knows. 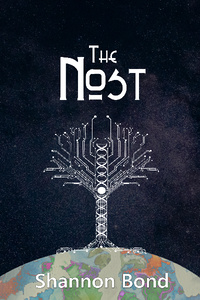 The Nost
by Shannonpaulbond
COMPLETED
339 pages

Jack and Ann have taken me on a great adventure full of mystery and incredible technology, I hope you'll join us. Three chapters will post each week in December 2021 and January 2022. The journey will come to a close on January 31. I know you have a lot of reading choices, but if you have space left in your literary adventure cup, please join Jack and Ann as 2021 turns into 2022, happy reading!

The demon whispers inside Jack’s mind. “They are not worthy, they are cattle, these new humans you covet. The so-called creator has betrayed you, replaced you with these organic imitations. Slaughter them all.” It’s funny, not in a ha-ha funny way, but a sad, my madness doesn’t make sense type of way, Jack thinks, because wasn’t he human? Worse still, the voice comes with impulses that are hard to resist. Violence usually ensues. That’s why he joined the military. A way to channel his urges into mind-numbing physical effort and war. It works for a time. But alcohol and fighting can only carry on for so long. Finally, he realizes, his only way out is suicide. But when he opens his eyes, he’s in the In-Between.

The creator has other plans for him, and she won’t take no for an answer. Apparently, this isn’t his first life and if he doesn’t free her from her prison, it won’t be his last. His curse is to be reborn without end, without rest, without memory. Only madness. Now Jack is on the run from forces he doesn’t understand. It’s a new world. The mundane replaced by ethereal artificial intelligence, spontaneous virtual realities, and homicidal bible salesmen.

But the creator promises the demon’s voice will disappear as soon as he finds the right girl, the right bond. After that, they just have to escape the clutches of those who hunt them, find the Isle of Song, and free the creator from her prison. Or maybe this time, in this life, Jack will figure out what true freedom is. Come along on this action-packed thriller as Jack fights to remember who he is, tries to end an eternal war, and atone for sins he doesn’t remember…yet.