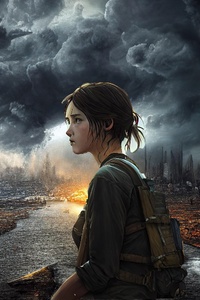 The blue screens all around blink like crazy with red letters saying how I'm dead.  I rage and wave my hands, but punch nothing but air.  Then I remember what I was told, breathe in deeply, trying to steady my mind, smooth my anger, letting the blue vertigo take me with it, letting myself go...
Hard-time convicts from a space orbital penitentiary are sent to a hostile planet where odds of survival are minimal. To make things even worse, their memories seemed to be wiped clean. But their killers' instincts are not, and they soon kick in.
For a space wars old-timer Raan, it's all different.  He remembers everything.  And that's a problem.  As others fight for survival, he remembers how most of them, himself included, should not even deserve to have a second chance.
In a strange new world, as he fights his own demons, he is faced with new ones whose names he does not even know.  But giving up is not inside his DNA and fight on he must.  For to stop is to die, and to die means he failed, failed himself and all those who still desperately need him.
***
The Author's Note:
This is another in the Core series, the first one being The Wardens of Destiny while there is also a side story The Memoires of Eisen that's exclusive on Patreon for those who would like to support me.
The Recordings of Raan occurs after the events in The Wardens of Destiny, and it's a separate thread from the main story. Among other things, I separated it into a new book as it has elements of progressive LitRPG and a fantasy-world setting.
Since I'll keep on writing The Wardens of Destiny, this will be one of my side-projects. Eventually in the future, I plan to integrate some of the protagonists in this story with the main storyline.
View Page 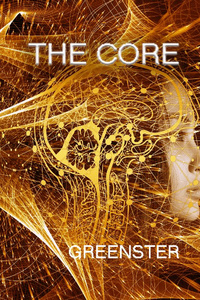 The Core And The Wardens of Eternity
ONGOING
254 pages

What is the Core, they asked me... It's the light that pushes the darkness away, a bastion of justice, a safe keeper of life. It grooms love and tolerance, embraces science, fights ignorance, sentences it to die a slow and tragic death.  The Core... it's something that can't be destroyed for destroying it is to terminate the time and space itself.

When the stuck-in-a-dark-age world of Zanria goes offline, the Core sents one of its experienced agents to find out what is going on and to try to reestablish a mysteriously severed connection. However, all his training and experience might come way short as the world sinks in war and chaos with different races and clans fighting for the Star of Bardan, the ward rumored to possess enough supernatural power to create and destroy entire worlds.

I just changed the name of the series, from 'the Nexus' to 'the Core'.  Somehow it just sounds more right to me.

This is the first story, and it has a medieval fantasy setting. But, eventually, this is going to turn into Isekai series with elements of LitRPG. So, my future books might include worlds with advanced technologies that might be more in SciFi, including Steampunk, genre.

The first book might start slow, but after a few chapters, it should all be properly set up, and by then you should get the feel of how it will all flow. Also, I plan to introduce different story threats that should spread out and criss-cross in the future. Hopefully, I will not complicate it too much, and that it will all read good.

I am planning to continue to add chapters to the main storyline here, but I'm also starting a new story threat in the Core series called The Recordings of Raan.  There is also a side story The Memoires of Eisen that's exclusive on Patreon for those who would like to support me.