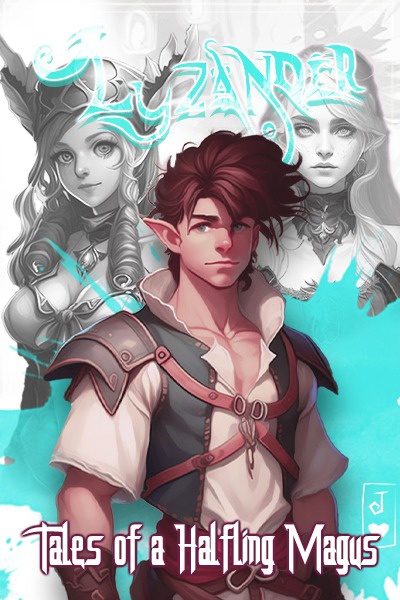 Lyzänder, the self-titled irresistible Halfling Magus, sets out on a tantalizing adventure across the breathtaking continent of Nyre. His charming and seductive ways often lead him into the arms of danger, but he wouldn't have it any other way. The tale begins with Lyzänder's arrival to the Expanding Woods, a mysterious and perilous realm created by the actions of the legendary Sword Saint. The forest's depths are filled with magical and ever-changing flora and fauna.

However, Lyzänder's innate understanding of magic and his irresistible desire to conquer the hearts of the world's most beautiful women make him a force to be reckoned with. Forced into marriage with a Halfing wife-pair not of his choosing, he seeks to do the only thing he can do in the situation, run away.

This leads him to join the renowned Woodfeller's guild, an organisation dedicated to defeating the Expanding Woods. It acts as an adventurer hub that issues quests to its members to combat the ever-growing threat. Get ready to be swept off your feet by the thrilling journey of the irresistible Halfling Magus!

The story is within the same world as Goblin's Glory and some of my other stories and happens within the same time period just at the end of Book 1. So if you pay close attention, you may spot a few easter eggs!

The story is set within my House of Worldy Delight universe. As such, there will be exclusive explicit content available on my Patreon. 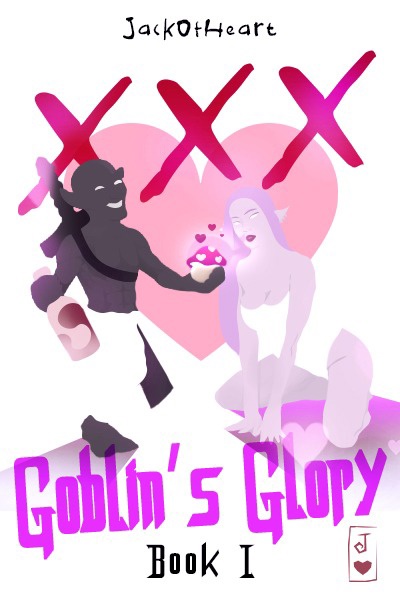 The Sword Saint, a man unparalleled in combat, embarks upon a quest that derails the entire world. He forges a bargain with a trio of ancient and evil hags to slay a dragon. In exchange, they promise him immortality.

Unexpectedly, the hags upheld their end of the bargain. But it came at a cost…

His true name is now hated and cursed by all. Spoken only with contempt. That’s without considering his own, more personal blight. Transformed into a goblin. Ill-fated to become the thing he most loathes. He has all of eternity to come to terms with his new form.

It’s been centuries, yet he still hasn't found a way to escape the vermin he’s become...

• MC will remain a Goblin

《 The censored version of the story is available for FREE with OPTIONAL adult content on Patreon. 》 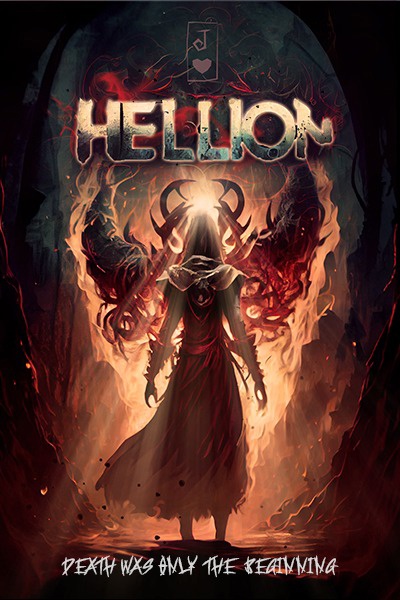 Helios was content with the hand life dealt him. He had a good job, a nice house, and everything he could ever ask for, except a partner to share it with.

One morning, on his usual commute to work that all quickly changed. The earth split open and demons spewed forth from the depths of Hell. Helios watched in abject horror as hapless bystanders were caught in the clutches of demons before being mercilessly torn into pieces.

And then the sun went out...

Death was only the beginning.

⚠️ Takes place in Hell after MC is reincarnated as a demon.

⚠️ Progression from the lowest tier of demon society all the way to the upper echelons of Hell.

⚠️ Explores demonic lore, their physiology and the magic of true names! 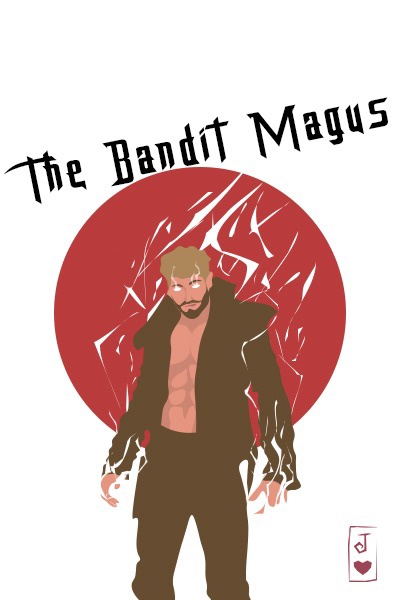 An opportunistic scoundrel takes advantage of a unique opportunity to improve his station in life when a youthful Magus prospect unintentionally blows himself up. The scoundrel steals the identity of the former Vance Saegis and enters the Arcane Academy, embarking on a journey to become a powerful and infamous Magus like no one has ever seen before.

As he navigates the dangerous and cutthroat world of magic and politics, he must use all of his cunning and wit to outmaneuver his rivals and rise to the top. But as he delves deeper into the forbidden arts, he may discover that the cost of power is higher than he ever could have imagined. Will he succumb to temptation and corruption, or will he rise above it all to become the greatest Magus of all time? Only time will tell. 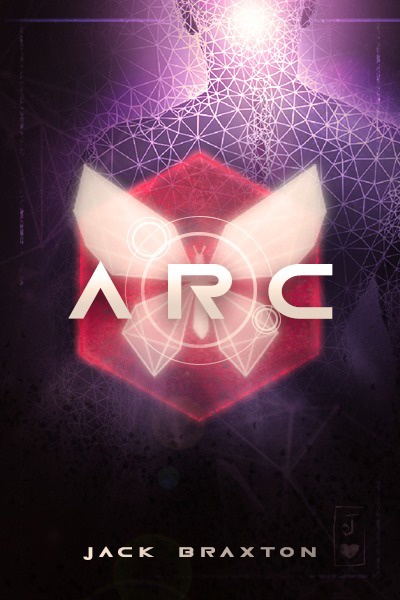 Book 2: New World Order is now being released, chapters will be uploaded as they're written.

Noah wakes up after another failed date in a new city only to find the world in chaos. A fleet of alien spacecraft hover over every major settlement on Earth, their intentions unknown.

It doesn't remain that way for long. The planet is rapidly terraformed to become unrecognisable, also granting Users the ability to awaken supernatural powers. Noah is one such User.

• LitRPG without the status screens 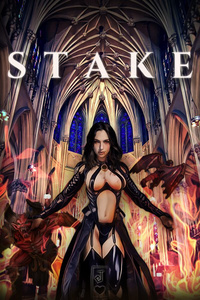 A King's grief, fueled by the loss of his Queen and their stillborn son, has created a shift in the natural balance of the world. Driven to madness by the whispers of a malevolent entity, the King unleashes a plague across his Kingdom, which seeks to spread across the neighbouring lands until all nation's citizens are consumed by darkness. The plague awakens a deep hunger in those tainted to consume the blood of those who remain uninfected. From the ashes of the old world, a new world order has arisen to unify the fallen kingdoms under the banner of one ruler, the Queen of the Night.

Centuries later, the story follows the tale of Sol, orphan son of the last hero of the human resistance. A twist of fate unites him with a few unlikely vampire slayers. The group unintentionally throw the Queen's plans into disarray on the night of her envoy's arrival. Now they must band together, utilising their wits and resources to undermine the entire operation simply to survive.

Proud to be the first story edited by the rep king of RR himself, msng! Drauku has also teamed up to make the ultimate editing duo!