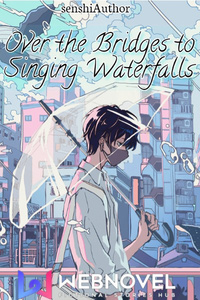 Over the Bridges to Singing (...)
by senshiAuthor
HIATUS
481 pages

Tokyo, 2022. During puberty, adolescents encounter a tremendous amount of emotional outbursts. Relationships and love, commitment and peacefulness become important in their lives. These factors give them a sense of carefree adolescence.

But Ryou Hayashi doesn't see it that way. Having had difficulties in dealing with socialization since childhood, he suddenly and unwillingly moves to Tokyo from his hometown. Taking nothing from home with him, his life begins to change under the patronage of new acquaintances. Whether his outlook on life will change with the new city, or whether he will wallow in loneliness, never having felt the touch of teenage life, is up to him to decide when he meets four other high school students.

Tokyo, the city of dreams. This city fulfills the dreams of workaholics and casts the lazy into exile, relaxes and never stops tiring, brings happiness to some and takes it away from others. From this beautiful city, covered by a veil of blinding lights, their story filled with dramatic challenges and tragedies begins. The story of a group of teenagers, who are unaware of their affections.

The plot takes the reader straight to the eastern country, where the sun begins to rise first. Being wrapped in sakura petals, the roads lead to the prudence of a nature unseen anywhere before. A country with mind-boggling virtues in culture and tradition tells the story of ordinary schoolchildren, suggesting a life around endless youthful unrest and human outlook. Modern Japan (Nihon) introduces people who are able to live simultaneously under difficult but beautiful living conditions. This country teaches residents to love.

There are more chapters in WEBNOVEL. Just find it by the title "Over the Bridges to Singing Waterfalls"

Read Over The Bridges To Singing Waterfalls - Senshiauthor - Webnovel

Elowen once a prominent member of the upper circle is now banished because she is gay. Desperate for food she is forced to go into the town she is banished from. Finding herself nearly assaulted and thrown in jail, her world changes in a instant, again. Setting sail to a small island off the coast she is thrown off course by a massive storm and ends up on a mysterious land mass. Little does she know the land mass is Elven ground. Stuck in a war, between two kingdoms, what will happen as she navigates the romance and bloodshed?
{46,000 words and counting} 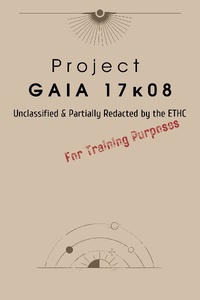 An astronaut on her way to a star-harvester is suddenly wakened from cryosleep when her ship loses contact with her destination point. The astronaut is faced with two choices: go back and let someone qualified handle the incident, or push forward through alien territory to uncover where, how and why this megastructure went missing. 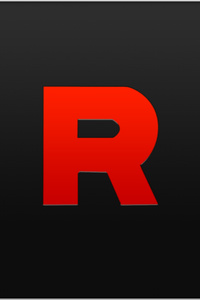 Team Rocket aren't always supposed to be the goofy foils. Not when Vincent and Violet are on the case... 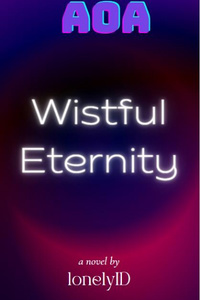 everything worth having comes at a price 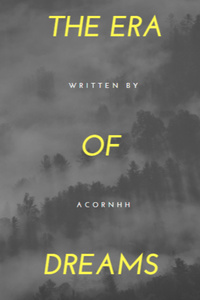 The Era of Dreams
by acornhh
HIATUS
71 pages

What if everything you thought you knew flipped upside-down? What would you do? Where would you go?

The Era of Dreams is an enticing high-fantasy adventure novel that follows a young teenage girl (Jasmine Verglass) through a journey to find out who she is and what her role is in life.

Jasmine is a princess in the country of Tzitanu. When the war that her brothers and father are fighting comes to an end, a tragic event occurs that sends her life into a spiral. She begins an adventure that sends her through hell and back all the while traveling through dangerous territories and remote lands. Jasmine meets many friends and foes alike with the ultimate goal of trying to solve the mystery of who she is.

MC is the necromancer by the name of Henrick who is destined to die very soon, so he decided to cheat death one more time by taking over the body of a royal prince.

The story will mostly follow MC and a couple of other people around him, his companions mostly, with the occasional chapter showing other people and explain the certain happenings in the world.

MC is an antihero, powerful, and in a way the main antagonist of the story. The story itself won’t be anything genius or original, the focus will be mostly on progress, character development and worldbuilding. The story will make fun of itself sometimes but it will never be a full parody, that said it is nothing special either and I’m just writing it to have fun.

Keep in mind that my grammar is terrible and this is purely amateur work.

You ever think think this world was lacking something? Because I certainly always did. What is that, you may ask? ...Isn't it obvious? The answer, of course, is catgirls! I mean, there's not even a single one among several billions of people. How is that supposed to be fair! So that's why, when I die a painful death and get sent to another world...

...I'm sad for a moment, but then I realise my new world has catgirls! Unfortunately it seems like there's only, like, then of them in the whole world though... Eh, whatever. That's good enough for me, and thus I set out to make my own catgirl harem!

Whether it's a maid, a pair of twins living in a secluded village, my own sister, a fierce warrior, or a giant monster that tries to eat me every chance she gets... If she's a catgirl, I will make her mine! And things seem to go pretty well for a while, but eventually I start wondering if my love for catgirls maybe isn't strong enough yet... 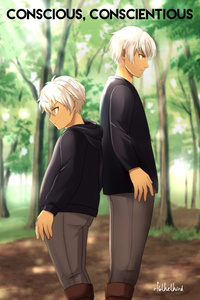 If Deon could spend his life pitting his powers against odd opponents in all kinds of places, he would.
But instead, he's trapped inside his impressively boring village.
Then one night, after he and his cousin Lammy share an oddly vivid dream, that all changes. They find themselves in a Multiverse far stranger, and more dangerous, than they could have ever imagined: one filled with diverse mind-based powers, countries defined by genre, and ambitions both humble and vicious.
* This story has official theme music! You can check out the first two theme EP's, "Conscious, Conscientious 1" and "2" by Circlebrooke, wherever you stream music or on Bandcamp.
* Note: This story is tagged with "Gore" due to occasional disturbing violence. It does not contain extreme or R-rated violent content.
View Page

The Many Lives of Cadence (...)
by vladerag
HIATUS
584 pages