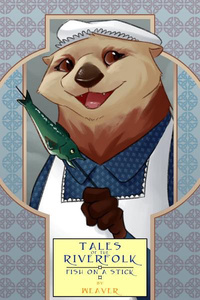 This story is a great friend ship slice of life story between Sela, the otter hunk, Sam, the great girlfriend, Chip the cook and funny little otter as well as river, the corvid. They all work together through a goal which is to make Chip win the food contest so they can have access to a blast furnace.

The premise is pretty good and original (animals entering a food contest, some of them turning into merchants, other druids, other mercenaries) . The magical system is pretty well thought out with the bonding system and the identity-hiding part.

The story has a pretty light-hearted, not too slow not too fast pacing with a lot of humor which is it upside, you'll laugh for sure.  The story arc is pretty well thoughout as well with intrigue and scheming, there's suspense.

However, the main problem of the story which is why I'm putting a 4,5 star on the story part is the lack of a main conflict, there's no real antagonist in this story whether it's Chip's own struggles and life (Internal conflict) or a real enemy that wants to stop him from winning the food competition (External conflict). The stakes felt pretty low which made me slightly less interested in the story but it's a slice of life story so I guess it passes. I still wanted to read it and see it through due to the great humor and characterization.

Style: The author has a great unique style to tell jokes and make you laugh... without going into dark humor/non PG-friendly humor. This story is a «Snack» to read before bed or before going to work to put a smile on your face.

The dialogue is on point, the descriptions are on point as well, not too long or too short, just enough to give you a good picture.

The pacing is consistent and well thought out, a bit on the slower side before chapter 30 (Action gets more interesting past chapter 30)

Since English isn't my native language and I'm not the best at English grammar, this guy gets a 5 automatically.

The characters each have their unique voice, quirck and personalities, they really come alive on the page and you can imagine them easily. Sela especially is memorable with his dumber as a rock personality. River is more on the mischievous side with all the scheming and plotting while still being kind-hearted to her friends. Chip is quite smart and notice things. However his desire to be a cook foremost before a mercenary could had been more exploited to insert conflict in the story.

Antagonist: The real lack of a source of conflict and antagonism hurts the story which is why I'd put this character score on 4.75; However, since I can only put 4,5, I'll put 4,5 to err more on the conservative side. This story would had been a real killer for me if there was some more conflict. 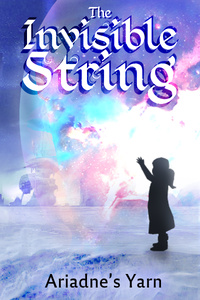 The story and the premise are great, Syndesis being a baker and creating an invisible string for everybody who passes through her life... I feel that his story definitively has potential.

However,  I couldn't feel that many emotions while this story is supposed to be a tale of grief, sorrow, life, and emotions.

Only when a woman died while giving birth to another character and making her husband cry did I feel emotion and stakes. In most of the other chapters, I feel like the emotions are much more told than shown, which destroys the emotional immersion.

Also, there is a clear lack of descriptions and action tags while talking making it difficult to imagine the character's appearances, their surroundings as well as their behavior, breaking a bit the immersion. Character's feelings and emotions should be shown through body language, character voice, behavior (characterization) not told by the narrator.

Pacing is quite fast which I like personally, some people may prefer a slow burn to increase emotional intensity but I prefer when a story is more in motion. However, this should be done without sacrificing too much of that same emotional intensity.

I'm interested in reading the rest of the story but would be thrilled by an improved version of the story.

Grammar looks fine to me, there are not a lot of typos and sentences are not too long which makes it great for a younger audience. Vocabulary is not too literary as well which is great. (MC is seven years old so it should appeal to children).

As another commentator said, the dialogue doesn't sound 100% natural for 7 years old which can be somewhat explained by the fantasy setting. However, there are some big walls of texts at some places which makes the experience less enjoyable.

Character: I feel that the characters are well fleshed out for the few pages this story has been running, we can easily guess who's talking.

This story definitively has potential and I think the author should pursue writing it while improving it to its utmost potential.

For more specific details about my feedback (chapters, scenes) Ariadne_Yarn, you can DM me.  I don't want to spoil the story to the other readers.