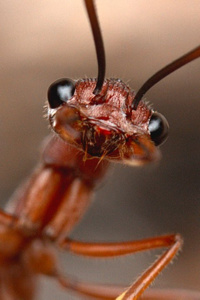 This has got to be one of the most unique and fun little short stories there are on RR.

It's about both the Eldritch horror and the ant that summons them and switches POVs quite a bit. It's done in a cutesy manner, very fitting for a short story and the contents. I like it.

No mistakes, though I can't tell if "bevor" is intentional or not...

There are a couple of instances where bevor is used instead of a word like before, but according to google, bevor is german for before?

I'll just leave it at that. Good grammar.

It's paced very well for such a short story and really shows the different perspectives involved without it feeling like an info dump. Extremely good use of show don't tell.

They are perfect. The ants are fun to have a laugh about but the eldritch horror is very relatable(and you'll see why!). Their interactions with each other are the best you can get when pairing ants and eldritch horrors and really puts into frame what could be happening at a cultist Lovecraftian ritual.

If you have a bit of time, it doesn't take long to read, so have at thee. 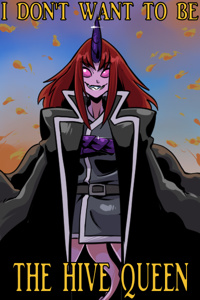 The premise is mega unique and honestly the best aspect of the story, I'm addicted to isekai but this is heavily downgraded by the MC, Marcus.

Marcus is advertised as a college student who's had a rough go with job finding and gets isekaied. Anyways despite being this resilient man in his past life, as a hive queen, he just turns into a dummy.

His actions are wholly naive despite having spent a long time in society and experiencing the deceptiveness of others himself. When interacting with people he'll just show all his cards, reveal all his abilities, be brutally honest to the point that you wonder, "Man, is this guy trying to get himself killed?"

Despite being a full grown man (alleged), he always acts like a young girl, squealing, brooding in self pity and the like. What's the point of the whole isekai trope if the guy is gonna have a whole personality change for little explained reason?

The personality of Marcus in his past life doesn't match up with his actions and thoughts as a hive queen. And I get that turning into a hive queen is gonna have some mental trauma, but the sudden nativity and overly trusting nature, especially when factoring that he was exploited in his previous life, is very offputting.

Anyway, enough rant. The premise is great, MC is off Good? Good.