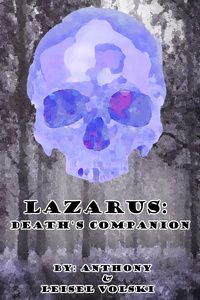 After years of studying the occult, 85 year old Morris has found a way to be reborn into an immortal body in a another world. However, it comes at the cost of his humanity. Morris is reborn into this new world with High Magick as Lazarus the Lesser Lich.

Thrown into the Saint Theocracy where he knows no one and nothing, Lazarus must make a new (un)life for himself.

This is a living story, meaning events are sometimes chosen from dice rolls. Even the writers will not always know what will happen next! Suggestions on direction, skills and new characters welcome. This is a first draft. 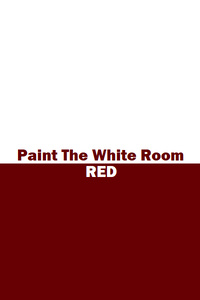 Let's get straight to the point, give me a short description of one of your main characters and I will write a short action scene of them fighting other MCs to the death. 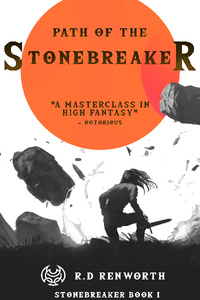 Path of the Stonebreaker (...)
by RD Renworth
ONGOING
465 pages

Femira spent her life stealing scraps and looting corpses just to survive another day. When she stumbles upon the chance to steal another's identity, she thinks she's found the ticket to an easy life. But she soon finds the glamour of the runewielder's hall hides as much peril as the bloodslick streets. Can she steal the greatest prize of all, the knowledge to reshape the earth, and make it out alive?

Abandoned by his abusive father at the far reaches of the world, Daegan may not have the powers of his ancestors but he refuses to die in banishment. Will he make it back home in time to prevent a brewing war?

This is a gritty drama-driven, rambling tale that presents mysteries early on that the characters work to unravel throughout the story. It swings between action, drama, and sometimes some darker comedy.

Warning: A whole lot of profanity, alcohol, drugs, implied violence, actual violence and mega-violence—the kind that involves knives sliding into eye sockets and brains spilling onto floors—the usual stuff, scenes of intimacy, mercenaries, pirates, lots of moral ambiguity, including a wizard that likes to make tea with the heat sucked from his victim's bodies and a heap of world-ending monsters ready to eat people.

Updates every Monday and Thursday. Chapters will be between 2,000 and 5,000 words. I'm Irish and write in "Irish English" which is to say that I don't use much of the letter "z" 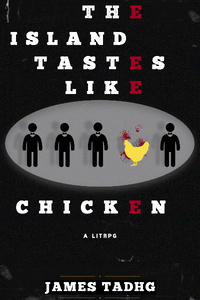 The Island Tastes Like (...)
by James Tadhg
HIATUS
182 pages

Raccoons are the worst. Not because they get into your trash, but because they cause plane crashes. At least that's how Ben felt as he washed up on the shores of Killjoy Island.

Armed with hundreds of hours of Role-Playing Games, Ben must brave the chicken flavoured wilderness, uncover the secrets of the system, and face off against mutated monsters from his childhood, all while balancing the basic necessities of survival.

Nothing is sacred on Killjoy Island, and as always, Happy Dying. 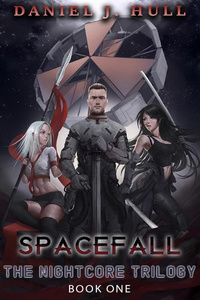 Going to space was supposed to be the adventure of a lifetime, but for Reece Danielson and his crew, it was only the beginning.  As the fresh astronauts aboard the Zhengzhou International Space Station start their on-the-job training, Reece is shown a discovery that changes his entire worldview.  It isn’t long before a tragic accident aboard the station sets off a series of events that not only puts the crew in danger but at odds with each other.  The events quickly escalate into a man-made apocalyptic incident on the surface of the planet.  A virulent plague is prematurely released which transforms everyone into flesh-eating undead, and that is only the beginning of the troubles.  There are far worse things down there than zombies and possibly a few of them lurk on the station itself.  The Nightcore Trilogy thematically begins with a heavy sci-fi  feel coupled to a gritty space-based horror mystery.  The story's layers are slowly peeled back, evolving into something much more supernatural, mythological, and high-fantasy-based.   It's a mix of elements from survival horror, zombie apocalypses, ancient mythologies, supernatural stories, and harem anime.  It contains semi-descriptive sex scenes (traditional and non-traditional), descriptions of gore, profanity, and adult situations, so I recommend it for mature and open-minded audiences only. 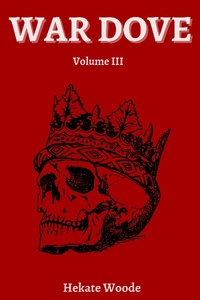 Under the thumb of the tyrannical King Keon, Glace's life has been anything but comfortable. Nobody is safe from his informants, who take the form of teachers, neighbors, and friends. Each time she meets with the Resistance, Glace risks imprisonment or death. But it's worth it, because they're her family. That's why, when the Resistance devises a plan to rob the city's capitol building, she doesn't hesitate to do what's expected of her.

Follow Glace's story as she rises from the ashes of her past to realize her role as the king's worst enemy. 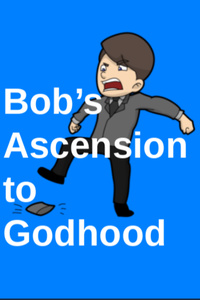 Bob's Ascension to Godhood (...)
by The God Of Boredom
DROPPED
78 pages

Bob is, no, was, always what would be considered as an ordinary man.

After dying in the most random way possible, Bob was then resurrected into a world filled with monsters, magic and mayhem.

Follow Bob as he slays monsters, clashes with warriors, and beats up mages who are in the middle of chanting their spells, all with his bag of miscellaneous items, big mouth, and questionable thought process.

If anything seems grammeritically incorrect or doesn't make sense, you can blame it on my godly autocorrect.

If anything is mispelled, you can also blame it on my godly autocorrect.

Autocorrect, am I right? 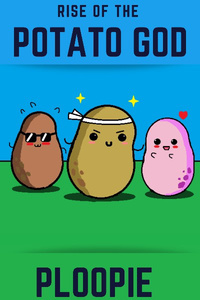 [In the process of being rewritten/edited!!!]

In fact, he used to be a normal human, living out his life as a baron in a small territory. But in the world of Erobeus, where monsters run amiss, magic is common, and a snarky god oversees the land, nothing is ever peaceful for long.

Everything changes when one day, Winston finds a magic stone in his garden, and strange texts begin appearing out of nowhere.

[Congratulations on your ascension! You have been transferred to the Path of the Potato God.]

Warning: This is a first draft and is not perfect in any sense.

Season One: Rescue Mission "A potato a day keeps the doctor away" 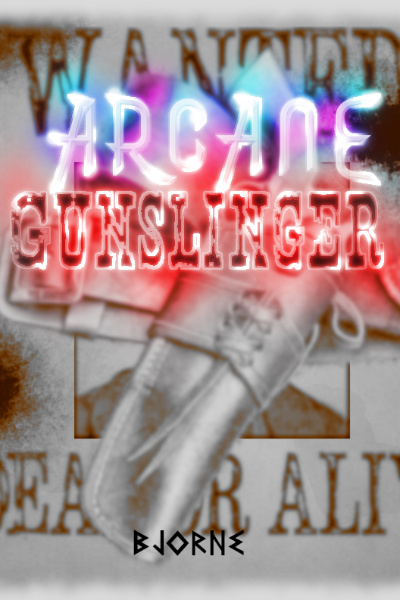 A lazy celestial being's mistake leads to Sergeant William Remington, a decorated member of the Coalition Marines, to be placed into a new body. His old life aboard the Valkyrie, an interstellar destroyer has also been replaced as he finds his new body in an unknown world. Where he learns of magic, skills, the system, helhorses, and slinging lead with ancient revolvers.

Initially, he is skeptical of his new norm but the desire to survive leads him to try to earn a living while he figures out what just happened to his life. What better way than to fall back to what he's familiar with, weapons and going after criminals and rebels.

This is my first Litrpg writing. It's a wild west fantasy setting with the MC taking a role as a gun-slinging bounty hunter in a world of magic and monsters. Hope you enjoy it.

UPDATES AT 3PM EST ON MONDAYS AND THURSDAYS!

Also using it to practice my digital artwork... which is far from par but improving. Keep an eye on author notes for maps and depictions of monsters and characters.

Under the power of an ancient artifact, the fate of young Kirra appeared to be engraved in the stone of worst misery.

Rohl had always wanted to be an adventurer but having one of the most powerful monsters wipe out his entire village was not how he wanted to get the role.
With a little bit of godly help, all he can do now is try and become a stronger adventurer in his search for vengeance against the beast that has caused him so much pain. A beast even the stronger adventurers dare not face.

Fantasy Action-adventure with a little bit of romance and comedy thrown in.
Only published on Wattpad, scribblehub and RoyalRoad under same name and username
Updated every week. (Ongoing)

Formerly Adventuring with my unorthodox talent
Copyright @ Chronicles of a Blessed Adventurer by Arthur67 2021
No parts of this story may be reproduced or used without permission from the author. 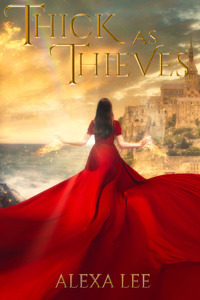 When Darcy becomes a thief for a crooked pawnshop owner who has the power to save her sister, she's thrown into a world of magic, mystery and romance. Once it's discovered that she herself can wield magic, Darcy and her sister are uprooted from their home and brought to the Palace to train.

There, they must learn to control their new powers if they wish to stay safe in this unfamiliar realm. However, nothing is quite as they expected and Darcy must follow her instincts to keep herself, and her sister, safe.