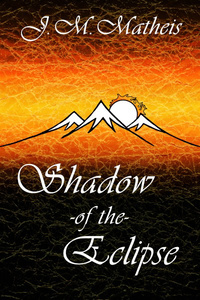 This is the story of Groyven and Tiffaniel Desilantre, orphaned twins and marked with the elemental powers of the Demon’s Thread.

It is the first entry into the record of the Foxsyn Arcanum of their trial-by-fire.  Lost and without hope in a world not their own.

The story as it stands:

Finding the path and mending the wounds of grief is a tumultuous undertaking for the twins Desilantre after the loss of their parents a year earlier. In the midst of battle, a fateful event tears them from the elven warship, the Lychen’s Fiddle and the broken remnants of their family. Hurting and afraid, they find themselves lost and alone in the wilderness with no discernible way home. Cooperation is key should they survive in these uncharted lands, yet the ancient plague of sibling rivalry constantly threatens to tear them apart.

This story has a lot of character development and world building as it follows the twin siblings fight for survival in a world similar, yet different from their own. Both worlds of magic, fantasy and savagery. It is paced like a novel and does not follow an episodic structure. It is also reasonably dialogue heavy, to explore the relationships between characters and drive the narrative. It is an origin tale.

Currently I will be posting on Monday, Wednesday and Fridays. With a goal of posting approximately 6000 words a week.

I hope you enjoy it as much as I like writing it.

I will be starting the editing process in November to work out any kinks!

I have selected all the content warnings, as there is some minor swearing and there could be some questionable and sexually charged scenes. When things get rough later on there will be blood. Though, quite tame by most standards, and none for the sake of gratuitous content.