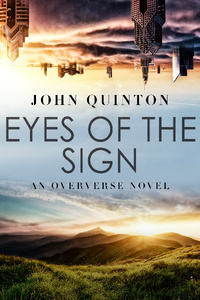 Update: I've received feedback/edits from my editor. Updated, edited, and new content will be coming out in February. As this is a rework of the previous story, I plan on pulling the entire thing down at the same time. While the overall plot doesn't change, a lot of small sub-plots, scenes, and dialogue will get tweaks and additional content. Hopefully, any people currently reading the story will see this note so they can finish up soon.

I'll post the updated chapters on a M/W/F schedule, with Book 2's content following after all of Book 1 is rereleased. I've been posting this new updated stuff on my Patreon recently for the couple of people that were interested. Here's what you'll see eventually:

2. Additional backstories: I knew in my earlier drafts that my character backstories were a bit thin. I don't want to have caricatures/memes/one-dimensional characters so I've been working on developing a more fleshed-out experience.

3. Magic System(s): This is one of the big reasons I embarked on this whole endeavor. There's a magic system/reality that I'd like to throw out there for others to enjoy. It's been a bit of a mess trying to get everything to work as I'm taking from all sorts of other systems I've enjoyed over the years. I hope that this amalgamation will be somewhat new, but I'll leave that up to the reader. Just know that the little we've seen so far is only the beginning. Eli has a long journey ahead of him.

4. Worldbuilding: As with the backstory point, there's more to add here. This area was pretty weak in my opinion.

5. Setup for the next couple of books: I wasn't sure where I wanted to go with this whole story when I started it last July. I'm more of an exploratory writer where I let the story build organically. While this can be fun, it's also a bit of a mess. With this in mind, I've planned out the next few major plot points in the series. That means going back and sprinkling a few hints and foreshadowings for the things to come later.