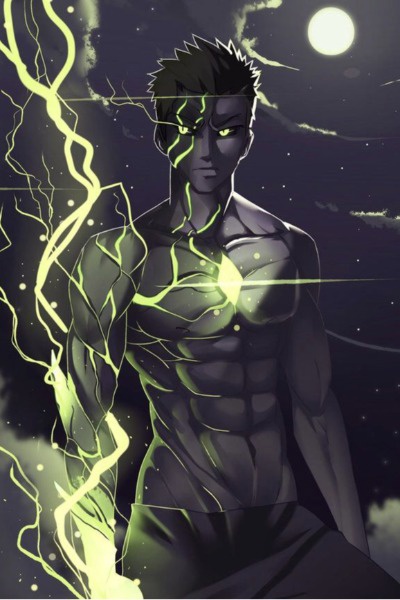 Years ago, Humanity was not greeted by the warm shine of a new day like every morning. What greeted them was a sudden "Gate". A Gate that connects the real world to another. The Gates which would later be known as Dungeons started to appear all over the world. Monsters that had never been seen before started to pour out from these gates, and so Humanity tried to defend itself, but such things as firearms or even nuclear bombs would work. But not all hope was lost. Some people around the world began to receive the power to hunt monsters within the Gate.  And so humanity was able to fight back against monsters.

These people would later be known as «Hunters». However, not all hunters are powerful.

His name is Ryan Armstrong , an F-rank Hunter. He's someone who has to risk his life in the lowliest of catacombs. Its title is "one of the weakest hunters in the world".

Having no skills whatsoever to display, he barely earned the required money by fighting in low-leveled catacombs… at least until he found a hidden catacomb with the hardest difficulty within the E-rank catacombs!

In the end, as he was close to death, he believed his life was worthless until….

A certain image appeared in front of him.

「The ‘Demon God’ praises your unbreaking will.  」

[Congratulations, you have become a "Player".]

He was given a chance now.

A special one at that.

Watch Ryan's journey as he tries to make it to the top and become the most powerful hunter in the world.

Years ago, after “the Gate” that connected the real world with the monster world opened, some of the ordinary, everyday people around the world began to receive the power to hunt monsters within the Gate.  And so humanity was able to fight back against monsters, now seeing these people with powers as the heroes who fought for the good of the world.

These people will now be known as “Hunters”.

Ajin Genku, born without any abilities in a world where humans with superpowers dominate.  Having no skills whatsoever to display, he became a laughingstock for all people around him.

Until one day he suffers a serious accident.

While he was on the verge of death, an unknown system appeared in front of him and ask Ajin to become a player. In exchange, his life will change completely and will become a new person.

Now having awakened his power , Ajin begins his path to become the Earth's strongest Hunter!

Jason Hamstrong, a silent and insanely powerful guy, who has just been transferred to Tsuteiko Highschool aka "The School of Demons" a place where the worst and the most violent people gather, only the strongest survive in this place. Jason only wants to have a peaceful life, to graduate and have a better life in the future.

But the thing Jason don't know is that in this school, peace is never an option.