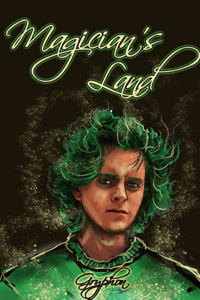 Destiny is something people shouldn't look forward to seeing. What'll happen if what you see isn't what you wanted to happen. For Alex, all he wanted was to live. He hated himself, but he still didn't wish to die and just wanted to live normally. As normal as a depressed teenager could at least.

However, he began having dreams. What they meant was a mystery to him, but he still attempted to find meaning within them. Until suddenly, he woke up in another world. It was a world filled with magic and contained places like a feild of the most beautiful flowers dancing in the wind.

There is a darkness in this world, however. Animals are much more murderous and despite being in a world of magic, he was completely powerless. Will he be able to return to his own world, or will he be trapped in a world that is destined to fall.

Cover art is by Ariana Vivoni.  Thank you for the great cover. 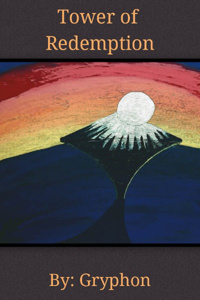 Kauss Mellow was born on the first floor of the Regal Tower. Since childhood, his life has been centered on survival. Yet even in a world of kill or be killed, he manages to build some normalcy for himself, with his girlfriend and close (though odd) friend.
But the tower has never been a place to allow long term peace.
Now, Kauss and his friends must climb.
The top of the tower awaits them, and along the way, they will find new allies, make dangerous enemies, and discover things previously unknown. 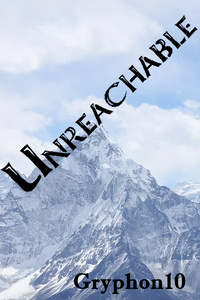 A short story about someone climbing a mountain that no one has ever successfuly climbed. He will have to overcome obstacles and come to the truth of why the mountain has never been successfully climbed.