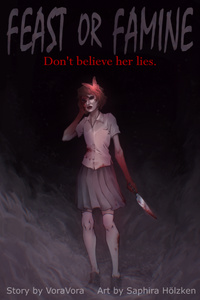 Morgan Mallory was a perfectly ordinary college student until she was whisked away to another world full of strange creatures and wondrous magic. She is completely mentally stable, has no childhood trauma to speak of, and has certainly never engaged in self-destructive behavior as a form of punishment and emotional regulation.

Morgan has always dreamed of getting isekai’d like the heroes in her favorite light novels, and she wants nothing more than to emulate those heroes. She has always wanted to help those less fortunate than herself, to stand up for the weak, and to be a righteous heroine who puts the needs of others before her own wants. And she has absolutely, positively, definitely never fantasized about murdering thousands, controlling minds, and pursuing total world domination.

Support me on Patreon to be one chapter ahead! 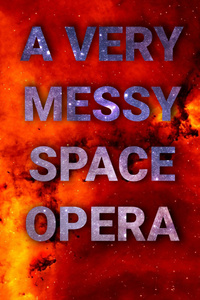 Farley Cinderfall is a genetic chimera, a technomancer, and one of the few people in the galaxy to have stolen from an archfiend and survived. When an ordinary firefight goes wrong and a gangster’s spell flings her across the stars and into the depths of a hellworld, Farley will have to use every trick at her disposal to get back to her ship and get revenge on the mob boss who ordered the hit.

Meanwhile, Farley's crew takes on a dangerous job without their ace in the hole. Forced to partner with a technomancer they've never worked with before and going up against a rising insterstellar corporation, the band of misfits that call the Ashskimmer their home will face deadly challenges in pursuit of their biggest payday yet.