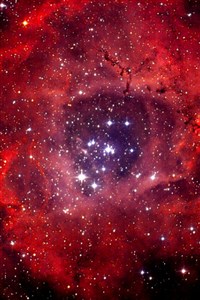 After being reincarnated into the world of Nerrus, a place where people can use cultivation techniques left over from an ancient race that lived there before them to absorb a form of energy known as Mana a young man discovers that he isn't the only thing that his previous world and Nerrus has in common.

What mysteries will he uncover and how far will he go to move heaven and earth?

There was a time that I was just another ordinary guy living an ordinary life but that all changed the day that I threw myself in front of an oncoming car to save another pedestrian. But to my surprise that wasn't the end. Instead I was given an opportunity to carve out a new life for myself and others on a new world populated by creatures both wonderful and horrifying in a new non-human body. And that wasn't all in this new world I had found myself in people could get stronger by means of interacting with a strange System that had some similarities with the games that I used to play back on Earth and I had to make use of this to survive and create a place where other members of my new species could settle when they arrived.

This story uses a System similar to the ones in such stories as 'The Legend of Randidly Ghosthound' and 'The New World' with a few twists of my own added in.

Soul Core Online was a game that few people were interested in until after it was released, due to its odd way of handling character growth but this soon changed as people started to realise just how different this game was. Unlike many of its predecessors the NPCs in Soul Core Online acted in a way that was indistinguishable from real people and the world felt alive because of this instead of the empty and sterile cities we had come to expect, even walking down the street could give you insights to how these people lived.

In my case this was the world that I had always wanted to visit and I soon found myself embroiled in the constantly changing world that is Soul Core Online.

This story is currently only available here on Royal Road or on my Patreon here: https://www.patreon.com/bkwrm196/posts?filters%5Btag%5D=Soul%20Core%20Online

Set centuries after the advent of the System, modern society has collapsed, our cities destroyed by the monsters that now dwell within their ruins. In the early days of the system there were many heroes and villains, but their time has passed and a new society has been built on what they left behind. We follow a young man as he journeys through this hostile world in the hopes of discovering what caused the system to suddenly appear in the first place.

Jacob was just an ordinary guy, working an ordinary job, until one day when he made a bad decision and ended up getting killed. Good news he's not human. Bad news neither's the guy who killed him. Now he's got a broken sword to fix, and a war to win. You know after his parents teach him how fight while trying to keep their respective races from trying to kill each other and them, so yeah maybe he's not so ordinary after all?

Note from the author