Like most stories, they tend to start on a average day. No one really plans on having a near death experience, let alone being told your tongue is now that of a Demon King's by the mentioned freak accident. In the case of the quiet thirty year something old man called Yowamushi Kingu, that's just his luck. All he wanted to do is live a average typical life as a baker and work for the local supermarket as a regular employee. Fate seems to have found a funny way to make his life a literal hell however.
Now faced with a power no one could've or would've ever asked for, Yowamushi is subjugated to the demands and whims of Gehenna and is torn between the duties of a Demon King day and night. Able to see all kinds of strange phenomenon now due to his unusual circumstance, he becomes a magnet for attracting unsavory fiends for their own ploys as well as those seeking to destroy him for his obtained power could potentially become a threat to humanity. So much for making cookies. 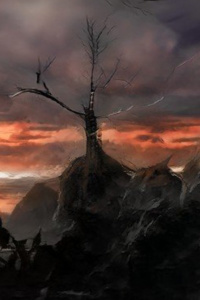 A year after the events that ended the terror of the arms-dealer Nanbuuko and Hiiro's revenge against Dagon Zot finally resolved, Hiiro and company are trying to stop a full fledged war among the three kingdoms of Kunaaan. But a strange group calling themselves 'Pedestal of Narbe' has emerged, starting it's own self-interested war, the Propaganda-War with Hiiro as their 'savoir'. 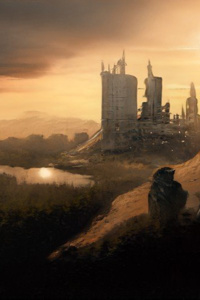 Forced into a world of unquestioned gods Faolon Jagger is snared into their schemes and ploys as a pawn destined for an unknown reason. Faolon Jagger is made to decide the fate of a universe he doesn’t even know existed. He has been deemed the savior by not only the gods of his universe, but also a harbinger of what is to come next, to the universe of another dimension.

Unluckily for Faolon, this means a lot of things he doesn’t want to do and that means he’s got to make himself do something worthwhile instead of being a lazy bum. Bound to make a choice that will shatter fate itself, he must discover the hidden blade of his dark ancestral past. The only blade capable of altering the course of time and those that were born from a grievous misdeed several thousand years prior, only to become whole again under his power, can he save all beings from the madness of one whom desires the universes to wither and die under their gaze.

That same being that destroyed the universe once before…has arisen yet again. 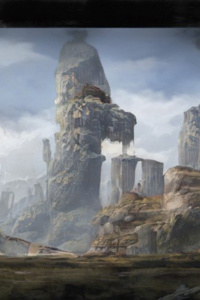 The untold story behind the events before Fire Emblem Awakening, when Robin still had his memories and his mother was alive...