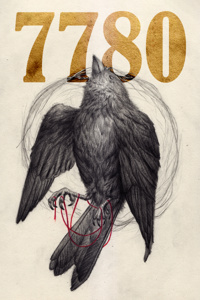 As one war ends, another begins.

The year Fastidious: 7780 marks deteriorating relations between the Siralians, devout sailors of the Ordos Canticula, and the Ardalians, matchless fire mages ruling neverending farmlands. In the shadows, Ardalian rebels successfully unlock an ancient magical gate. Their desire? A soldier, immutable, unstoppable, and enslaved.

Eli Stuart and his fiancee Patricia Secord find themselves thrown into a strange world. Trapped in a land of hostile magic and alien politics, the two of them must use their newfound powers to make alliances, stop their enemies, and ultimately reunite.

However, something goes wrong. In this chaos, as the world begins to unravel in foul ways, something else stirs.

Something else found its way through.

Author's Note: I will update this story as often as I can. I am quite busy and write this during breaks at work. This is one of those goon-squad stories with a million characters, so "dizzying" might be a good way to describe the energy.

Much of what builds up to the first arc happens in the first ten chapters, which are quite long. For that reason, if you have difficulty getting through the story, I understand, though things don't really start happening until Chapter 8-10.