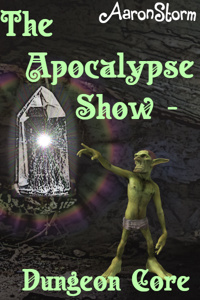 Arthur woke up with a headache and the option to create a character. Most people would have gone with the safe choice and selected to stay a human. Arthur suspected that wouldn't be the safe choice in his new world. Instead he decided to see what other races were available. Eventually he decided to become a dungeon core instead.

Of course being a dungeon core comes with a number of challenges. Starting with the fact that he was a giant crystal instead of having a body, managing a bunch of unintelligent minons, and most importantly the reaction of his human neighbors when they discover him.

If he can overcome these challenges he may be able to enjoy some of the benefits. Such as the fact that dungeon cores are immortal and he would eventually have an entire army of dungeon minions that would obey any of his commands. Perhaps even find some female companions that are looking for a safe place during the apocalypse.

Warning: If this fiction was a movie I'd rate it R for occasional scenes of violence, gore, nudity, and sexual content. This isn't something you would find in the young adult section. This does not mean that this would be rated NC-17 or X, if that is what you are looking for try lewd dungeon.

Anthony had been looking forward to playing the hottest new virtual reality game. When he put the VR helmet on he was met with a prompt asking him if he wanted to take a test to become a swarm knight. Thinking that this was one of the classes in the game he accepted.

Instead of finding himself in the game, Anthony found that he was transported to a different planet. A planet where he would learn the greater truth of the universe. Everything was based on magic in the universe. Except that magic was based on nanorobots, called the swarm, that had been created through highly advanced technology. Genetics determined the access level and the amount of control that someone could wield over the swarm, and therefore their status in this society.

Long ago Earth had been cutoff from the swarm. Now that it had been rediscovered, Earth would be reintegrated into the swarm. Unfortunately when that happened all the current technology on Earth would fail and be replaced with the ability to use magic. In effect, it would be the system apocalypse.

Warning: If this fiction was a movie I'd rate it somewhere between PG-13 and R for occasional scenes of violence, gore, and nudity. 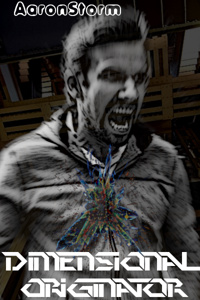 Adam is having a terrible time. To start the day off he died in a car accident. And that isn't even the most painful thing that happened to him. That would be merging with a strange crystal. After that he ended up stuck in an endless black void. He does eventually get rescued. But quickly realizes his soul has been put in the body of a fallen noble and his fate is to be little more than a breeding slave for the cultivation clan that purchased him. To top it all off his new body had been bedridden for weeks and he can barely get out of bed.

Not everything is terrible though. The crystal he merged with is called a dimensional originator. Using life and death energy he can create miniature universes. Given enough energy and time he could even create an entire universe.

Warning: If this fiction was a movie I'd rate it as somewhere between PG-13 and R for violence, gore, and nudity. 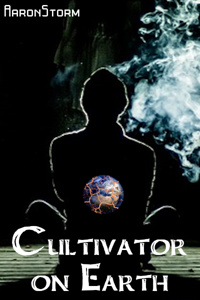 Eric had everything he could ever want. He was the most powerful cultivator in the universe. The ruler of an empire that spanned thousands of worlds. Unfortunately his success made him arrogant. He kidnapped the daughter of a god in order to make her one of his wives. As a result her grandmother decided to punish him. She took his soul and put it in the body of someone from a different world. A world without any cultivators, superheroes, or magic. A world called Earth.

Eric won't let that stop him though. No matter how long it takes him he will get his revenge and reclaim the throne of his empire. But first he needs to regain his cultivation and escape Earth.