*cover removed until a better one is made

After the events in Osaka, turmoil brews to the tip between Japan and a city built on a mountain named Imperia. The treaty between these two countries is torn after Imperia declares war on all of Japan. However the city has conspiracies' of its own varying from hidden nukes to human experimentation.
2 years passed since then and a soldier from the past is brought back from death in order to bring an end to the long war. Joining the church, a third position lead by a vampire named Amelia Date, he fight on both fronts of the war. Unfortunately the future he expected to be bright before his death was a future covered by dark clouds. 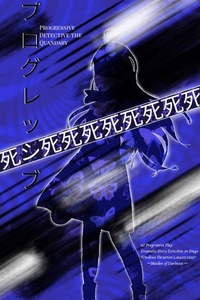 Turmoil brews in Japan when a mysterious man attacks seemingly random parts in Osaka. A lone individual named Hyde Tetsuya has no past and a lackluster future for his final highschool year. After having strange dreams and an encounter with the mysterious man, he joins a local detective agency to find the truths of the mystery as well as the secrets behind the two children who hold a strong power. They must be protected from the mysterious man who has his sights set on the children and the tools that contain magic. The world expands from here with grand ambitions that must be caught. Heroism lies dead in the corner and what binds humanity all together ends NOW.
There's a case that needs to be solved but at what cost? Their lives.