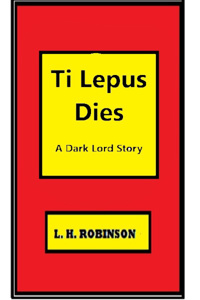 Ti Lepus, is a planet in turmoil, who can save it? Deadly forces scheme to break with the Empire and its Sovereign, spreading lies and committing act of vandalism. Some stand against the terrorists while others seek to master them and bend them to their evil design.

Rentap Dressiler and Trem De Markus are friends who resist these forces; one will be destroyed along with his family in the fight against murderous forces who would lead the planet to its destruction. The other may save it …

Leja Leves; the councillor who cunningly hides his leadership in the campaign against the Empire orchestrated by Nikie and Kirkrup Di Frim who are his unwitting dupes. He would die before admitting defeat …

Cami sis Nep; an innocent fourteen year old girl who is caught in a fight between powerful competing forces but who may bring great change to her planet, even as she risks loosening it as well as her life…,

The Dark Lord, Supreme Ruler of the Empire, an entity with strange powers and skills who is working behind the scenes to effect change before it is too late …. Will he succeed? 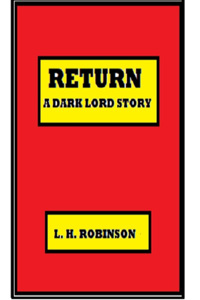 In the Triangulum Galaxy, one of a number of galaxies controlled by the Empire of The DARK LORD, JENNA OF CHRISTOS finds herself on the run after she killed a patrolman. Becoming pilot on a pirate craft, several years later she and other pirates are devastated by attacks of the Imperial Legion and are now trying to regroup. Seeking funds that will help them hide out for a time, their leader THURGOD DRISTA and JENNA meet with a PROFESSOR of galactic history who gives them information, a map and an ancient artifact described as a singing stone. He tells them that this could lead them safely to a legendary treasure trove, called THE DARK LORDS HOARD, on the forbidden planet TRILLA. The hoard is supposed to belong to the ruler of the empire who vanished close to one thousand years before and is presumed to be gone. The treasure is believed to be hidden in a tunnel accessible from the planet surface but no one who has gone into the tunnel has ever come out alive or sane.

Leaving the pirate hideout immediately after the meeting and avoiding a major attack by the legion, the pirates travel to the galactic rim for supplies and to leave a false trail. With them they take the PROFESSOR and ILISA, a serving girl. However CAPTAIN TRASKA the commander of a Legions task force called Detachment T, has guessed the pirates intentions and tracked them to the rim. The pirates leave on their next leg to TRILLA unaware that CAPTAIN TRASKA with his force of heavy cruisers, is already there and lying in wait for them. Allowing the pirates to land, including an unexpected second pirate ship, CAPTAIN TRASKA sends a force of troopers to capture both craft and their guards. Before they can do this, THURGOD, the PROFESSOR and others, numbering thirteen altogether and led by JENNA entered the tunnel complex. JENNA, warned by ILISA that she must be the one to hold the singing stone, carries it in the hope that it will guide her and her companions past the many dangers in the tunnel.

Shortly afterward, VIS VISTRICER the Legions overall commander travels to Trilla in an armoured planetoid, a spacecraft as large as a moon. On his arrival at TRILLA, VIS VISTRICER meets with CAPTAIN TRASKA but before they can do much, they are both surprised by one of the LADIES OF THE CIRCLE who is waiting for the outcome of what is happening in the tunnels.

In the tunnels, JENNA leads THURGOD and the rest of party through many dangers and tests. Four are killed in the tunnels but the rest finally come to their goal where, to their surprise, in a cavern they meet the DARK LORD who is alive and very well. He has been waiting for them so he can return to the Empire. JENNA finds out that the patrol officer is alive and that she and many others have been manipulated all this time by the DARK LORD. She also finds out that ILISA, whose real name is JURA, is a member of the CIRCLE OF LADIES and was sent to teach JENNA many years before on her home planet of Christos. The DARK LORD restores and fulfills a promise to release JURA from her service as a LADY. He next has each pirate declare their own fate and takes them to the surfaces of TRILLA. There, at their election, he executes two of the pirates while JENNA is pardoned and some have the death penalty reprieved. The rest will face the courts of the Legion. VIS VISTRICER is raised to the rank of STAR COMMANDER, the highest rank in the Legion while TRASKA becomes a COMMODORE.

The DARK LORD returns to Tihab, the administrative centre of the empire. There he takes up his residence in a surprised and disconcerted imperial palace. JENNA is returned by COMMODORE TRASKA to the planet Christos where she is welcomed by the planets rulers and her family, some of whom were aware of some of what was happening.