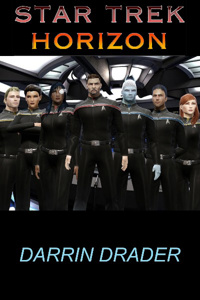 The Dominioon War has been over for three years, but the after-effects are still being felt. Starfleet lost a number of ships and personnel, and many of the member worlds of the Federation are becoming dissatisfied with the state of affairs. Some are even considering secession. In addition to this, the enemies of the Federation are seeking to exploit these signs of weakness.

The Horizon is a newly launched Sovereign class starship led by Captain Sean Sheppard, their mission is to rise to the challenges presented in this post-war era and help the United Federation of Planets re-establish themselves as a force of stability, compassion, and freedom. In addition to this, the Horizon still maintains Starfleet’s standard mission of exploration and boldly going where no one has gone before. 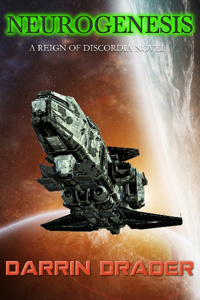 The galactic Imperium fell five years ago, and civilized worlds have been under threat from the warlike R'Tillek ever since. Steven Cline and the crew of the Aisling are called in to bring back an ancient weapon rumored to exist, but is lost to the dusts of time. But they are not the only ones in the hunt. Cline's lover and a religious zealot from an alien religion add to the complications. But when the first officer comes down with an incurable and fatal disease, the stakes become personal.

This is the first novel of Reign of Discordia, a future where the evil galactic empire has fallen and nothing has stepped in put the pieces back together again.