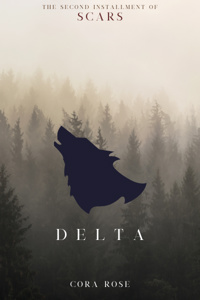 [Participant in the Royal Road Writathon challenge!!!]
Alaska sat there with her family, watching the hilarious moments pass. Contentment passing through her veins as her Alpha laughed and joined in on the conversations being passed around the table; as her best friend, Gina, smiled happily with her mate, Parker by her side; as Scinece and Lincoln interacted with Elaine, giving her the happiness not even a pack can fulfill; as she watched Polly and Jim, the two people she had come to think of as her parents when they wordlessly took her in and practically adopted her and giving her the love and acceptance that was always missing from her being. Her missing memories had never become a problem after she joined Nameless, after seeing that she could make better ones with everyone that was currently at the table. Of course, she was still curious about her past, but why bother with the past when she could look forward to the future?
I'm so sorry, Alaska, but your past is about to catch up to you. And you might not be ready for what it may bring.
Ready or not, I'm coming for you, Nameless Delta Alaska.
View Page

Elaine Chernoble has spent years traveling from place to place, training her pack to be the best, pushing aside her demons by busying herself with helping others overcome theirs. Her hardwork finally pays off when her pack becomes the strongest pack in America. Traveling around and helping other packs train and become stronger became her lifetime goal, striving not to let what happened to her own pack, happen to other.
Nameless, that's what they called her pack.
"The Raven Deity", they called her.
But, even a deity has her troublesome past that is the catalyst for her seemingly perfect present.
It isn't until she gets a call from the pack called Moon Stone, does her world turn upside-down, inside out and runs in circles that make her dizzy.
"My name is Scinece Evans and that's my twin, Lincoln."
Coming from a disturbing past that would make even a grown man shiver, Scinece and Lincoln Evans, have yet to find the person that will understand them better than they understand themselves; someone that will care for them; someone who looks past their past and appearances. Sure, they had their father, but even he walked on eggshells after the incident. And that someone stumbles into their borders, all bloody, skin hanging off by a thread.
Follow Elaine and the twins' journey as they stumble along the path of stitching each other back together good as new. But then again, a book isn't complete without a few bumps in the road.
View Page 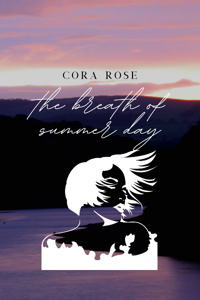 A tale of two maidens, hearts and souls connected at the wrong time.

"every time i see you, something inside me wishes i could go back in time, take your hand and run away from all the things that trap us."