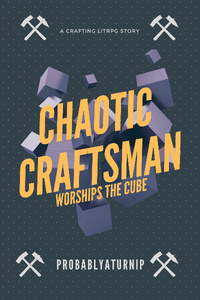 Summoned after an unfortunate accident in hopes they could protect the world from a coming threat, Ben and his classmates are gifted another chance at life. With fame and fortune promised to whoever is willing to fight for the sake of the world it doesn't seem like a bad deal, there's just one small problem. Ben wasn't blessed with any magic or combat skills, just crafting and enchanting. While the skills themselves aren't useless they also aren't seen as being necessary to the coming war. Now not needed and alone Ben tries to find a place in the world while meeting some of its colourful characters along the way.