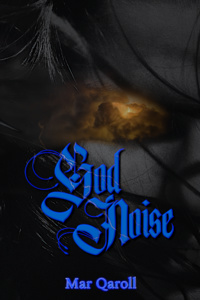 Vadeen Wuan-Wasihl's desires are to be a loyal member of his House, his people, and his queendom. For his entire life, he has honed his mentality, diminutive body, and the ravenous monster within to be a soldier. He yearns for the day he will fight formally against the stonebloods—indrahti, the eternal enemy of his species.

Nothing prepared him for the cacophony of intrigue, betrayal, mystery, and loss of control following the new year when his older brother Lanad is accused of poisoning three sacred Mahilasi...

Igni is a snake, see, and nothing else—at least, nothing else he's aware of. He unquestioningly follows the orders of his boss, a man with great ulterior motives, and eagerly dirties his hands in his boss's name.

They have waited two hundred cycles for this, the day when the Truth shall be told, but not without creating a series of chaotic events, leaving breadcrumbs, and snagging the Raven—all while trying to break the powerful and elusive Scarecrow, of course...

Updates Mondays, Fridays, and bonus days may be Wednesdays.