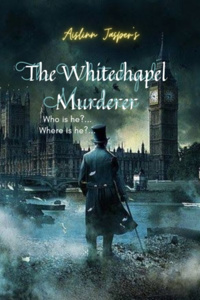 While Hebrew stood there attending the phone call a newspaper slid under through the door of his small apartment.

The headline said nothing else just,
“The Whitechapel Murderer has returned....”

Making him gulp and shiver at his own place.

Ten years later, after a notorious serial killer who had murdered five women went inactive, murders are being committed once again in the same way how he used to do. The murderer was never found and so, he was declared dead by the society.

Could these murders be committed by him again or...there's someone else behind them.

Flynn Hebrew has to been summoned by the crime branch to solve this case as he is the finest one among all. But what conspiracies lie behind these murders and who is the one attempting them...Hebrew is the one to find out.
~~~~~~