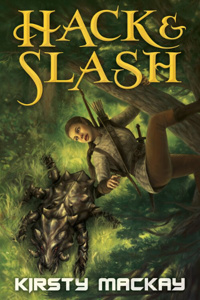 A new life for Gwen. One that begins up a tree, hiding from a monster.

The world of After was supposed to be a sanctuary from a reality in which the sun is destroying the planet. National leaders mashed together a dozen video games and added the ensuing virtual reality to a cryogenics system big enough for a billion people. And then shot the lucky minority into the void on a space ship. This was the best plan they had.

Only, it turns out there are monsters in After that want to destroy humanity too. And as a Half-Elf Hunter, Gwen has found herself in the middle of a hoard of them.