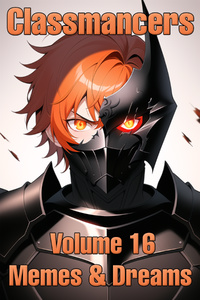 Imagine a shonen sports story. But, it’s not about baseball or soccer. No, this one is about playing a MOBA video game!

And no, it’s neither League of Legends nor DotA. A BRAND NEW ORIGINAL MOBA, the one MOBA to rule them all - Classmancers!

The game has become so big, that even schools recognize it as a sport. They even allow students to participate in Classmancers clubs and compete against other schools! Who will be the one going to nationals!?

For Yuel, a team sport is like a chessboard that comes to life. There’s no greater fun than deconstructing every opponent and predicting twenty of their moves in advance.

And, Classmancers is the ideal stage for such psychological warfare, for it’s a sport in which game theory reigns supreme. At least, usually, it does.

There are also goofs like Lars, who got -200 IQ, yet boast godlike mechanical skill that triumphs against all odds. He’s like your typical OPMC which a cheat, except the cheat does nothing for his intellect.

Yuel and Lars are like water and fire. In other words, 100% compatible! That’s why they form an unlikely duo and set out to dominate Classmancers’ competitive scene!

However, to challenge their OPness, the two will run into rivals who are just as OP! Some of them will turn their teammates immune to Yuel’s psychological attacks, while others will redirect Lars’s almighty strength against himself.

In this harsh environment, the two will keep struggling, struggling, and struggling some more, following their promise to reach the pro scene. 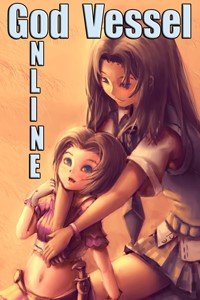 Erika is a tall, elegant honor student and a closet gamer who is secretly obsessed with cute little critters. Mina is a short, brash girl who flaunts herself as a gamer and pays no heed to others.

Normally, the two would have nothing to do with each other. But, when a virtual “Grim Reaper’s curse” afflicts Mina in the real world - everything goes to hell.

The two girls form an unlikely pair as they dive into the harsh virtual reality of God Vessel Online. There, the insane characters and notorious flowers are just the beginning of their fun virtual experience that will gradually bleed into their real lives. 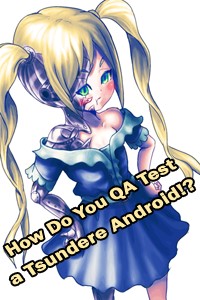 How Do You QA Test a Tsundere Android!?
COMPLETED
235 pages

After finishing his first degree in Computer Science, Nick now searches for a job in the hi-tech industry. His attention is drawn to Anomalia, the company developing the most advanced androids in the world.

Blessed with the curse of finding uncanny flaws in every product, Nick aims to become a “Quality Assurance” tester. It’s a safe job, where he can spend his time interacting with lifeless products and doesn’t have to worry about being socially inept.

Little did he know, that becoming a QA tester in Anomalia will suddenly turn him into a father. Not to mention, his cheeky android daughter hates his guts... but also unconditionally loves him!? 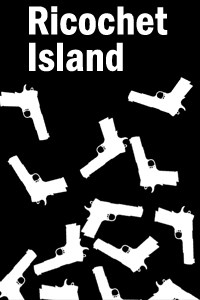 Hugo wakes up on an unfamiliar island, with no memories of how he got there. He’s given only one piece of information: “This is an elimination game”. Then, he’s shot.

He wakes up on the same island again, as if nothing happened. In fact, no matter how many times he’s shot down, he always finds himself back at the starting point. He’s forced to retry the game over and over, without end.

To get out of this hell, he must shoot down all other players and be the last man standing. Easier said than done. For how long will he have to endure this imprisonment? Will he be able to retain his sanity throughout the ordeal? 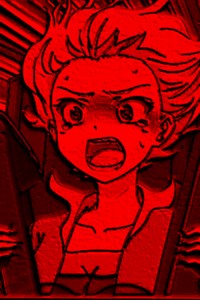 Helen wakes up in an unfamilar place, chained to a chair. Why is she here? Is this hellhole supposed to be an amusement park? Without being given any answers, she's forced into the most intense ride of her life. 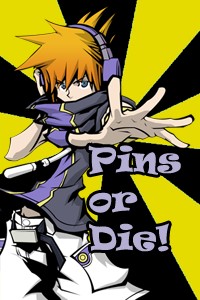 Neku Sakuraba is your average teenager, he aspires to be the ultimate emo and nothing more. His life radically changes when he's dragged into the troubles of a random girl. Suddenly, Neku finds himself in the middle of a dangerous conflict. He discovers his latent talent to wield magical pins, which become his weapon of choice to defeat his pursuers. Every new enemy is stronger than the previous, and Neku's pins always look crappy in comparison. Will Neku defeat the vastly superior enemies? Can he ascend the ladder to become the strongest pin user in the world!?

Note: Other than borrowed sprites, character names and pins - there's no real connection between this story and The World Ends With You. You neither need to play the game first, nor will this story spoil the game. 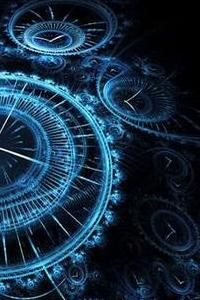 Mankind has finally invented a time travel machine. However, it was deemed too dangerous for practical use and was gathering dust in a sealed room. The situation changed one day, when an enthusiastic scientist decided to take bold action...