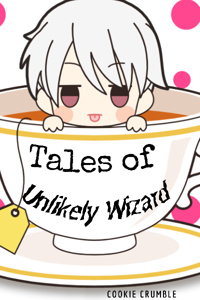 ...What was that third choice again?

***
Follow the misadventure of Euca, a young man who wanted nothing but an afternoon of cheese plate and tea. Lots of tea. Also going home. Maybe. if that annoying blue screen would let him.

Boost it on Topwebfiction