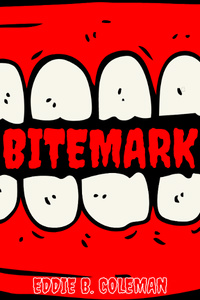 [Participant in the Royal Road Writathon 2021]

Twins Mark and Henry have just finished their training for the Neighbourhood Ancillary Stakers Corp., a voluntary organisation set up to fight against blood sucking vampuras (VAMPIRES!).

In a world where vampuras pray on the vulnerable and the stupid at night, looking for their next feast of blood, The Neighbourhood Ancillary Stakers Corp aka Nasscies or Dusters, fight to protect their North Eastern English market town of Tarmsworth St Jude and it's major trauma hospital and blood bank hub from what is a widespread global problem.

As they apply their training to reality and gain confidence in taking on threats by themselves, the brothers soon find that they may have.... bitten off more than they can chew.

This horredy is a silly and fun experimental series. There is GORE, VIOLENCE, DESCRIPTIONS THAT SOME MAY FIND UNPLEASANT AND UPSETTING and some TOILET HUMOUR. You've been warned!! 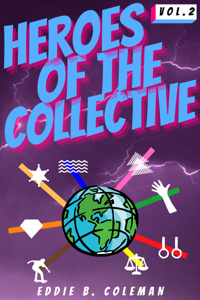 Enhanced Beings. Humans with the ability to do something astonishing. Some learn to use it for good. Others for bad. But most are content with the 9-5 and walks with the dog.
But use it for bad, you’ll answer to… The Enhanced Beings Collective! USA’s taskforce in the fight against Enhanceds who threaten America’s national and global interests.

They say it’s better to regret things you’ve done than what you haven’t done. But for our heroes, the feeling is the same and cuts just as deep whatever the reason. Volume Two: Regret, explores the aftermath of Volume One’s finale and how the team moves on with their own sources of regret.

With some new additions to the team and a roster of new villains as well as some familiar, our heroes are busy travelling beyond the galaxies to more Earths, making bad judgements, uncovering secrets and fighting… for… survival! 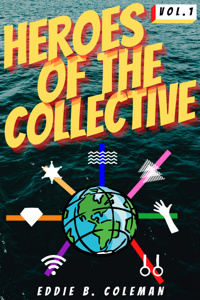 Heroes of The Collective Volume One : Resentment
COMPLETED
426 pages

Enhanced Beings. Humans with the ability to do something astonishing. Some learn to use it for good. Others for bad. But most are content with the 9-5 and walks with the dog.
But use it for bad, you’ll answer to… The Enhanced Beings Collective! USA’s taskforce in the fight against Enhanceds who threaten America’s national and global interests.

Volume One: Resentment throws us straight into the action via Kimona Jones in 1939. Taking off on a world record attempt flight she misses her destination. By ninety years...

As we meet the others in The Collective, it’s clear that their fights aren’t just against the bad guys, but also each other and their own personal demons.

Woodland Warriors Vol 1 - Introducing Grizzly George, Boy Beaver, Nova and Bao the Maltese Tiger, the off shoot of The Enhanced Being Collective dealing with the monsters, mythical creatures, bad guys and DEATH itself *kinda* that lurks deep within the heart of America... It's forests.

The Rodeos Vol 1 - Saddle up, it'll be a bumpy ride for Effie and Reuben. Motorbike gangs, Russian mobsters, lesbian gunslingers and legendary villains... The states along the US-Mexico border have their problems, but none big enough for The Rodeos. They get stuff done, and they do it their way. [18+]