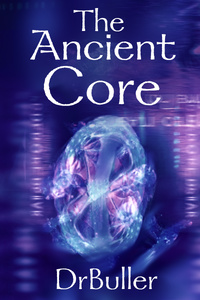 This is the closest you will ever get to being a dungeon core.

From the moment of inception, every thought, sensation and action of this new dungeon core is described in immersive detail.  We are transported from the hum drum of our daily lives to the exciting world of the dungeon core.  The core has experiences we could never have, until now.  I believe this could be the basis for dungeon core virtual realities in the future and I will be a customer.

The style is most remincient of the impressionist painters like Monet.  Seen close, there are a thousand details, each an independent mark in a greater whole.  But upon reflection, the details disappear to form a greater, harmonious whole.  Readers should be aware that such landscapes take time to construct,  This is not a meteoric rise to power but a symphony in multiple, careful crafted arcs.  Your patience will be rewarded.

The dungeon core itself can be hard to relate to because it is so alien, as well as inimical to human life.  But the author somehow overcomes all of this and we find ourselves rooting for this seed of Evil as it overcomes its enemies with ruthlessness, calculating strategy and panache.

If the grammar is imperfect, it is only because of the torrent of words being poured out.  I am sure any minor flaws will be corrected over time. 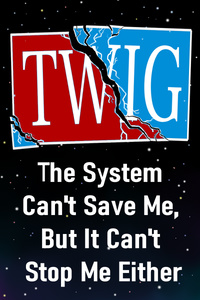 The MC starts as an underdog tormented by the gods, but changes his fate through sheer persistence.  Although, as of this review, we’re not entirely sure his fate has changed for the better.  Cracks are appearing in The System of the world.  Monsters pour through portals.  And the MC has gained the unforgiving attention of ruling powers.  His only advantage is a good heart and the friends it has earned him.

You will immediately notice that the form is a little different than you might be used to – not the litRPG blue boxes, they are there in all their glory – but instead of paragraphs of prose, you will find stanzas of verse.  This can be disorienting, but I urge you, like Twig, to persist.  After just a few chapters the advantages of this form reveal themselves as you become fully engaged in the rhythms and rhymes of the world, the poetry weaving a grander, more detailed tapestry than prose is usually capable of because you have been co-opted into its creation.

Don’t miss out on this experience!  If you’re finding it difficult to binge read, that’s okay.  Savor each chapter.  There are some striking lines and images for you to treasure.  Imagine actually remembering a story’s writing instead of just recalling a vague impression.

The form is the first delight, but in addition there is also an intriguing story and delightful characters.  The world’s System is intricately layered with mysteries aplenty.  The characters, although brewed from fantasy stock, are memorable and fun.  There is action, drama and heartwarming moments.  Of course, any grammatical irregularities you might imagine should be dismissed as poetic license.

All in all, you should treat yourself to this unique experience, if only for the spectacle of snarky System messages written in verse :D