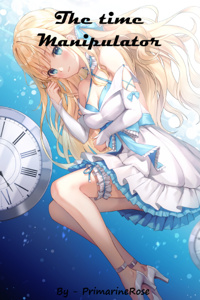 A woman, named Athena was casually talking to his friend.
They got into an argument and she started running because she quite liked him but he never understood her.
She ran looking downwards, without seeing that she was about to cross a road. As the situation unfolded, she got hit by a speeding truck and died.

She then becomes a spirit who has no physical body. But soon experiences a strong force, as if someone was calling her. Not because they wanted her, it was a cry filled with desperateness, hatred came with the voice which was not directed towards her but for someone else.

She then sees a sight of a war, but due to her not possessing a physical body, she couldn't see anything but only sense. It was a scene of war. Oddly enough, she could see one figure which belonged to a woman. But her sight slowly starts drifting as the scene fades.

The next thing she wakes up and finds that her body had shrunk in size and before she could process what had just happened to her, she sees something weird in front of her eyes.


Cover not owned by me
Source
(Fan art of Runa Kei, a Vtuber who is about to make a debut on 19th December)