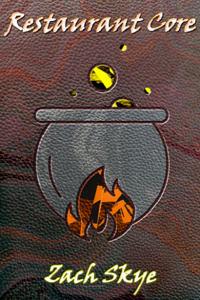 A dungeon core that wants to feed others instead of itself. Can this dungeon overcome its challenging start in a goblin cave? Will it achieve its dream of being the ultimate restaurant or will it be forced to concede to its own nature as a dungeon core?

Follow Regis the dungeon and his loyal hobgoblin servant Strum in this dungeon's quest to become the one and only Restaurant Core.

So, this is a secondary fiction I've begun posting. Mostly to give me a more humorous character-centric narrative to explore. I also wanted to poke fun at the typical dungeon core story by turning it on its head. Who knows, maybe you'll learn a recipe or two from it. I will do my best to post updates to this story at least once a week, sometimes more. Hope you enjoy!

Special thanks to Asviloka for so much help in the art direction of the cover.  Much love to her. And some thanks to carebear90 for their invaluable input during the process. 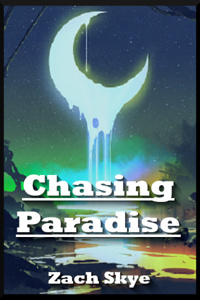 Chasing Paradise is a litrpg that follows a man hired to test a new revolutionary virtual world. James is not only one of the lucky few allowed into the beta but also recruited to be part of an experimental trial. This trial seeks to test new equipment intended for lengthening immersion time in the virtual world. With little care for the wreckage of a life he left behind, James throws himself into his new position. Maybe this new world and job will be just what he needs to grow.

Natalus promises to deliver a way forward for him, even if it's in a world that isn't real.

Hope you all give the story a chance and enjoy yourselves!