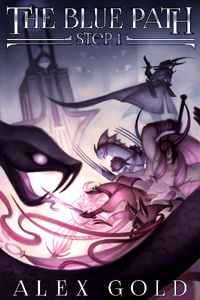 Reality is a prison. Zero Space is the only way out.

The Haven - a fortified skyscraper. It's humanity's last stand, and it won't be standing much longer.

Jay might not live to see the end of the world. Not in his condition. He’d rather spend his remaining time playing a VR game called Zero Space. At least there, he can be a gun-toting bad-ass named Shae.

But when Jay finds a forbidden new power, it reveals a secret side of Zero Space, filled with sentient AI, scheming monsters, and murderous players. Zero Space may be more than just a game. It could be the key to saving the world. Or ending it.

- New chapters every Thursday at noon(ish)

- Comments and feedback very much welcome!

- Check out the Discord Server for early chapters and discussion: https://discord.gg/CKVGsCrMEX