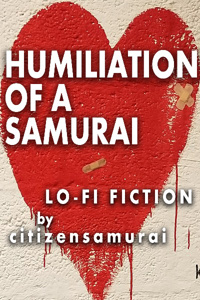 Humiliation Of A Samurai (...)
by Citizen Samurai
ONGOING
237 pages

One week after Margaret pulls the plug on her relationship with Vincent, a decade-old video of their performance as a musical duo called Citizen Samurai goes viral, and they're hired as an opening act for an aging British boy band's reunion tour. Their romantic collaboration is kaput, but Vincent and Margaret seize the chance to achieve creative dreams by portraying themselves as a dedicated couple, singing intimate songs onstage while finding separate ways forward during a European summer tour.