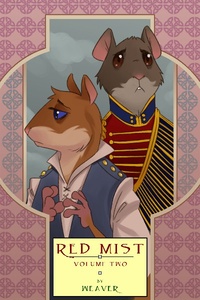 A breath of fresh air

I came into this not really knowing what to expect, and dear god am I satisfied with the results.

First off, little tiny woodland creatures are the characters of this story. I mean this literally, they're really tiny and it's rather adorable. They are all smol. Smol and tiny.

I will be the first to say that I don't particularly enjoy game-like stories, it's hard for me to get into it. It's like reading a let's play, thankfully this is breath of fresh air and doesn't have any of that! I don't have to learn stats, abilities, or mechanics in a game I can't play.

The characters are all pretty unique, and we can tell based off of short interactions. For instance the first few paragraphs with a side character and we already know that this woman likes to gossip! So that's pretty good in my opinion.

The style is really pleasing to the eyes without large chunks of texting drying out everyone's eyes.

I have yet to find a spelling mistake besides maybe the reasonable one here and there and I can't fault the author for messing up names no one has heard of.

Now who would I recommend this to? Literally anyone who enjoys the kind of fantasy book you'd find at your local library. Spank a book format onto it instead of a web novel format and bam! You'd have a banger of a book when that baby is finished. Now go read it, stop reading reviews you know it's good from the first one you read! 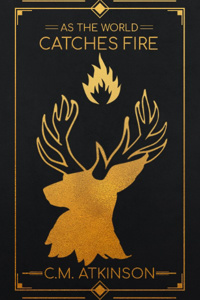 I don't care if you're part of LGBTQ+ or you can't stand the idea of two people of the same gender being together, or anywhere in between. This is a must read for anyone (that doesn't mind a bit of sexual content) if you haven't read this book you are seriously missing out. I aspire to be able to write this damn well. The story is absolutely incredible and the twists and turns are done with the expertise of a fine chef and the plot is aging like a fine wine. No matter how stressed I get over the situation I always end up getting physically excited for what's going to happen next. I absolutely love this story and can not wait to see what'll happen next!

That is what I said in November of 2020, and everytime I look at my review section I keep telling myself, I need to give this an advanced review, it more than deserves it. So here I am.

The story is amazing, it's easy to keep up with. The world bulding is incredible. You really feel like you're in each and every town and city they come across, every landmark they see. The characters are realistic, and relatable. They all have their own personal trauma and a unique personality that they show throughout the story. And the grammar is, from what I could tell, flawless.

You know that game, you know the one, the one where you explore it, get immersed in it, and examine every nook and cranny on the map. By the time you've finished, you've opened every chest, explored the entire map, defeated every boss, maxed out your character, and got the nice little Medal that says that you've completed the entire game, but at the cost of hundreds of hours of your time spent but you enjoyed every second of it, there wasn't a dull moment, your eyelids didn't fall for a single second. You were engulfed in the world, you became a part of it, and you fell in love with it. This is the book equivalent of that game. You're going to love it, you're going to imagine yourself in it, you're going to make your own imaginary fanfiction of it with your self-insert or your OC.

On a site that's filled with GameLit and LitRPG's this story is the one that stands out from the rest. This is the story I look up to. If I could give it another star I would. 10/10 amazing story. Incredible. I highly recommend to everyone on this site, and so should anyone reading this. Good friends make friends read "As the World Catches Fire" 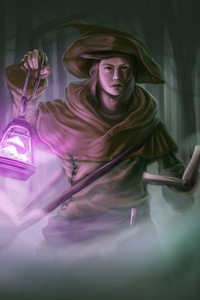 As the title says this story is a really nice read. I'm not finished, by far, but I feel I've read enough to see a bit of what the story has to offer. And the whole situation at the beginning, as dark as it is, is rather comedic.

I won't keep it a secret that I do not enjoy stories with game-like mechanics involved. I much prefer fantasy, with the possibility of adventure and romance, but this is unique. I'm actually enjoying the story, there isn't enough mention of stats or levels to really get in the way. There's a lot of class mentions but if you just think of them as job titles then there isn't a problem.

The formatting is really nice and easy on the eyes making it extremely easy to read. A lot of writers have issues, myself included, with keeping the story flowing nicely from the end of one chapter and the beginning of the next, but this story doesn't seem to suffer from that issue.

The story itself is a definite highpoint, honestly if this was a normal fantasy story and not a gamelit the story would still be interesting enough to read and get invested in. Yeah Vesper makes some irresponsible choices, but that's something normal for 15 year old kids. The world is well built and we learn more and more about it slowly, there aren't any huge expositions dumps.

The Characters are really well fleshed out. You can tell really quickly what their wants, needs, likes and dislikes are within just a few minutes of reading about them. Except for the characters that are more reserved like Olbin. The only one I would have liked to know more about is the caretaker of the orphanage, where I am now she hasn't showed up much more than at the very beginning, I'm sure she will show up again so this isn't really a criticism.

There isn't many grammar issues, and the ones that are there are so small they don't take anything away from the story. An accidental " here and there usually.

Overall if you like stories with or without game mechanics this is a really good read. The story is well written, the characters are, for the most part, realistic. And there's questions to keep me wondering what's going to happen next, along with a lot of foreshadowing. It's definitely a refreshing read, and I can't wait to see what happens next. 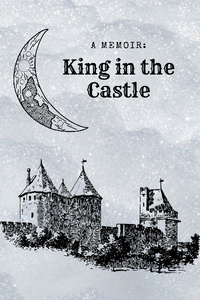 As the title of the review says. It's not something I see very often on Royal Road. It's really refreshing to not have to worry about RPG or anime-like qualities. It also has one of my favorite ways to tell a story, in this case a biography, which is the uncertain narrator.

Characters, even the side characters, are really fleshed out and you can get a feel for their personalities right off the bat. The descriptions of the characters are also very unique, such as Steve's mouth looking like a cat's ass, and Sarah looking like someone that put them in a character creator and started hitting randomize repeatedly until an abomination came out.

Onto the plot, how is the plot? It's great! It's fun, it's mostly relateable. As a college student myself I can completely put myself in the MC's position. The only difference is they got extremely lucky! "The Chosen One" plot is overdone but can be looked over. So being some random person that is just in the right place at the right time is the best alternative to this. It keeps the story fresh and I really want to see what else it has to offer.

My only complaint about this, is the very few spelling mistakes. And I don't mean spelling a word completely wrong, I mean it's missing a letter. For example, Sarah being spelled as Sara at one point, one time. Other than that I have no issues with anything.

Overall this is a great sci-fi story. The science behind everything seems to work for the most part, I'm not an expert so I can't confirm that but it does seem like it makes sense to me.

I can't think of any other stories that I've read like this. The story is very unique, the characters are fun, the formatting is pretty damn good, and there's a spelling mistake every once and a while. I'm really looking forward to reading more and seeing where this goes. 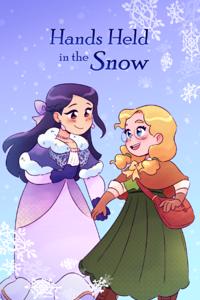 This story is absolutely incredible! I wish I didn't have to fill out 200 words but screw it I will. This story is amazing. I'm not even going to wait to finish before I give this a perfect review score. The scenes between the two characters are adorable AF the nervousness between the two of them. The flirting and the other getting shy about ti and all. This is amazing, absolutely incredible. Don't read this if you have other things to do, like me, because this story will make you want to keep reading it. I am an author and a student and I'm having a hard time studying for my exams and writing my own story enough as it is without having the constant urge to read this beautiful work of art. So go ahead, click that button to begin reading this masterpiece; begin your addiction of two cute girls slowly getting to know each other and being abosolutely head-over heels for the other. It's incredibly maddening how adorable this story is. I have a bad feeling about how it's going to go for my heart, but as whatever god that cares as my witness, I will still standby what I have said today when I do finish this book. Start reading this book! Thank you for coming to my TedTalk!

PS: The art is adorable and I love every piece of it.