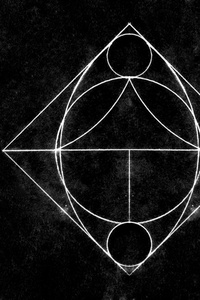 It's the magic system for me

The story follows a fledgling mage, Tala, fresh out of the mage tower. Not that anyone is gonna know that's the case if it's up to her. Full fledged mages are the ones that get the big bucks after all.

Tala is a bit easily distracted but definitely quick witted. More importantly she is inventive and thinks outside the box. Which is a character trait that is always nice to see, but in a story that is about magic it is the hands down the best freaking character trait possible.

The story takes its time ot introduce the character and world at a reasonable pace, there is definitely action to be found aplenty here make no mistake, but exploration of both magic and this strange world she lives in has been the focus so far.

The magic is just my cup of tea. Not so scientific it turns into a physics lesson with the word magic slapped onto it half haphazardly every once in a while, but neither is it unexplainable miracles called forth simply by the "appropriate" posturing and gravitas. Probably my favourite iteration of magic I've read on RLL yet.

Didn't notice anything amiss grammatically so 5 stars from me.

If you like magic or fantasy, I'd recommend you read it. 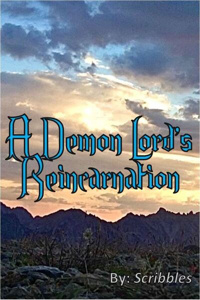 The Characters are Freaking Fantastic

The story is still in its early stages, but what I've seen so far was enough to add it to my favorites list.

The story follows a girl named Sel in a world much like our own, except it has a past of magic. It starts off quite lighthearted(excluding the first chapter), but as one disturbing thing after another is unveiled the tone shifts to compensate.

Sel used to be the Demon Lord in her past life. Not just any demon lord at that, but a spider one. This makes her current life her first one as a human and it shows, she is first and foremost a young girl with insecurities and friendship on her brain. Add in all the fun intricacies that comes with having the memories of an evil arachnid, a best friend who wants to be a hero and strange happenings on the horizon and you get this incredible story. A story that is heart-warming at times and gut-wrenching at other times.

The characters are hands down the best part of the story, every single character that is mentioned is intricate with a unique personality and motivations. The best part is the main character though, a bit ditzy for sure, but she quickly grows on you in just how genuine she is. I imagine she is probably the nicest most endearing person that used to be a demon lord one can come across.

The story manages to mix in humor with the more serious and gritty aspects of Sels life without leaning too much towards either. The banter and chemistry between the characters is just A+. Hilarious stuff.

Grammar is fantastic from what I've seen, I don't think I've ever gotten stuck on a single mistake so far so whatever mistakes there are, are negligible.

I'd recommend for anyone that likes adventure or fantasy.