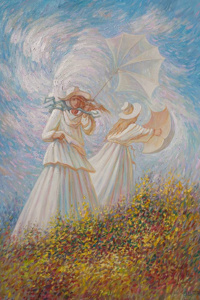 You, Who Are but Air
HIATUS
12 pages

Paranormal researcher and chronic recluse Atlanta Hodges investigates disturbances with his artificial intelligence friend Lotus. Riddled with anxiety and depression, he searches for the meaning of life and a way to overcome his misgivings with other people in a world becoming progressively digitized.

This is a second novel I'm working on to improve my first-person narratives. I was also in love with the idea of hunting ghosts with an AI. Updates will be fairly frequent, since my main project is constantly leaving me frustrated. This one is a nice distraction. Let me know what you like about it 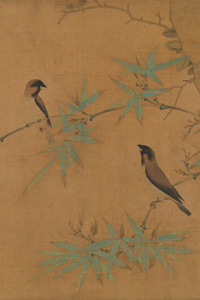 An Ode to Swordsmen
HIATUS
53 pages

The country is thrown into chaos after the Emperor's Jade Sword, a symbol of his divine right to rule, is stolen by a powerful swordsman. An imperial army ravages the land in search of it, left only a few clues of its whereabouts. Martial arts sects look on in horror as their innocent brothers are cut down.

Lakhuto, a gifted swordsman from the Mount Kunlun Sect, is forced into the conflict when his sect is attacked. Having little knowledge of the secular world, he must learn how to blend in as he makes his away across China undetected. His plans to warn other sects of the approaching danger are thrown into chaos when he runs into a wounded criminal and an enigmatic martial artist, who reveals to him a conspiracy spanning half a century.

Surrounded by an army, with danger hidden in every shadow, he must discover who stole the Jade Sword and framed several sects, before the entire country is set ablaze.