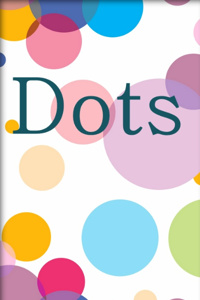 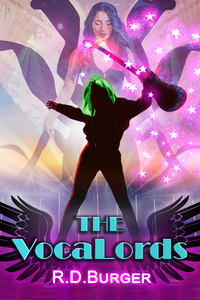 Gumi and her best friend Miku front a rock band called The VocaLords. Using her cherrywood Les Paul guitar as a weapon against evil, Gumi also pursues a more pressing agenda -- sending deserving souls to Hell where they belong. Everything starts going wrong when VioLinja -- a violinist with a God Complex -- is allowed to join the band.

Thanks to VioLinja, Gumi must set Hell loose upon the world she sought to save. Alone and half alive, without her bandmates or her best friend, Gumi struggles to contain the havoc VioLinja wreaks.

Things start going right when a mysterious, sea-faring man who goes by the acronym of T.O.P. comes to Gumi's rescue. Aboard his research ship in the Sea of Okhotsk, T.O.P. helps Gumi prepare for her final battle against VioLinja's reign of terror.

The VocaLords is written as if it were a series of thirty minutes animes. Each Episode will consist of a sixty second teaser, followed by three to five chapters of about ten minutes reading time apiece.

Each Episode will also contain one or two songs I have written personally, with the lyrics incorporated into the storyline.

I hope you have as much fun reading it as I have had with writing it.