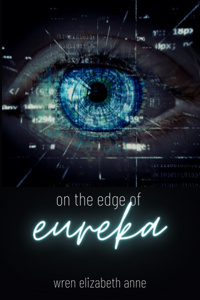 On the Edge of Eureka
ONGOING
487 pages

Eleutheria, the crown gem of the Solar System, has stood tall for nearly two dozen centuries. Forged in a plague-stricken, war-torn wasteland and tested by fire for hundreds of bloody years, Eleutheria has learned how to survive calamities that would have decimated lesser nations. Its power waxes and wanes, but the empire itself is as steadfast as the Moon; it's an inscrutable, indestructible force of nature no human being could ever hope to stop. But under its glimmering exterior lies a tangled web of secrets and lies, a deadly and decadent court, and corruption that runs from the kings to the kingpins. As its leader loses her grip and opposing forces grow ever stronger, the threat of civil war looms closer and closer to home. The whole country is a chemical reaction waiting to happen, and all it needs is a catalyst.

Acidalia Cipher is that catalyst.