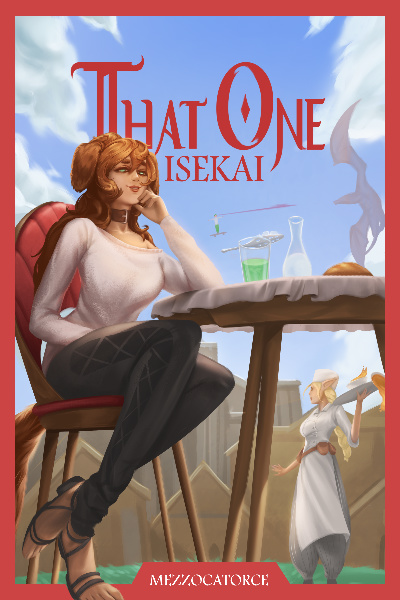 Kickflip your way through a Kickass Isekai LitRPG Fantasy World full of danger, mystery, and hot busty anime babes, as you try to survive with nothing but your wits and godlike power.

Hiro ♥ Protagonist is just your boring, ordinary, average High Schooler living in the cyberpunk dystopia of Neo-Shinjuku. Diagnosed at a young age with Main Character Disorder, he lives an average life, with average looks and average grades, up until the day he dies in a tragic kickflip-related accident. It's then that his life is changed forever (in addition to being dead).

He opens his eyes to find himself in a generic, nondescript white void, where his childhood friend, Kamiko Demiurgos meets him, greeting him with a wave of her flaming sword and a wink of one of her infinite eyes. She lays some fat truth on him: he's dead, she's secretly a god, and he's going to be reincarnated into a Kickass Isekai Gamelike Fantasy World in order to stop the Demon Lord! As a gamer, Hiro is elated!

However, tragedy strikes, as before Kamiko can choose a ridiculously OP cheat [Skill] to give him, she accidentally pushes all the buttons on her controls at once, giving him [Skills] at random and prematurely sending him on to the next world!

Armed only with his wits, his [Absolute Invulnerability], his [Win Almost Everything but not Everything], and his several dozen other top-tier [Skills], will Hiro be able to survive in this new world, full of danger, mystery, and hot busty anime babes?

A self-proclaimed Timeless Classic, "That One Isekai" has been lauded by critic(s) as "The best, most well-written trashfic I have ever read", "Truly one of the isekai I've ever read", and "No, I'm not going to give you a quote for your book description." Find out why by reading this story!

Vote for That One Isekai on TopWebFiction: https://topwebfiction.com/listings/that-one-isekai/

Join the That One Isekai Discord: https://discord.gg/JxpkvCr4bS 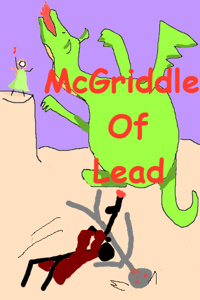 The Riddle of Lead: Requiem of the Gun Knights
ONGOING
872 pages

Imperial Gun Knight Rathus McGaff must journey through fantastic lands filled with mythical beasts, murderous civil servants, and delusional assassins as he attempts to right wrongs and survive. Armed with an assortment of firearms and trained in the ancient art of Puroreso, Rathus travels with a motley crew of friends and associates as he navigates through the collapsing Empire and a dangerous Rebellion. All the while, the invention of a new weapon looms on the horizon, threatening to overturn the very nature of the world, and forever change the face of battle.

(Cover is temporary. Glory is eternal. Please make my cover your phone wallpaper)

Boost Riddle of Lead on TopWebFiction

Click here to join the Riddle of Lead Discord!