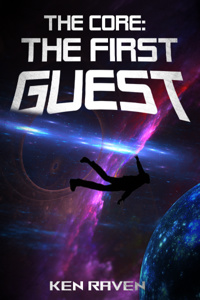 Kevin was just a normal 10 year old kid until he saw a woman vanish right before his eyes.

This made Kevin just a little bit different. He paid more attention to people now.

Little did he know that this little difference would kill him the next time he encountered another alien about to return home. It would tear him apart, cell by cell, until he was unmade. His mind being transported away.

So distantly far away there is a race that advanced to the point where they built dyson spheres to house their civilizations. In their continual expansion, they seeded galaxies with pods and connection satellites. Over time they upgraded their dyson spheres into matryoshka brain Cores.

Imagine a computer powered by a star.

Citizens of Cores no longer age once they upload their minds into the virtual living system of the Core. While they didn’t age, most still choose to cycle through life and death though at a different scale of time compared to our lives.

Citizens can visit other planets and live there as if they were on a "vacation". Mercury is Earth’s hub connected to the closest Core and Earth is a remote vacation spot for wealthy citizens.

As a Guest he has limited powers, a starting balance of zero cr or Citizen credits, and no idea how he can get home. He is the first human to ever become a Guest of a Core.

Where money itself is the highest form of their science.

This is a work in progress. Major editing will be done after the book is complete, so there will be typos and parts that need further explanation. Please, please feel free to point out any of these things. I will attempt to keep readers apprised of all changes and big updates.