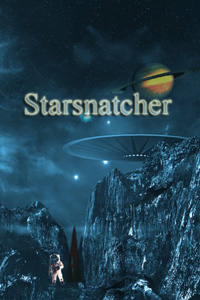 Imagine you were trapped. Not on a deserted island, but lightyears away from Earth on a distant moon. Then you might be Lucas Anderson.

It's the year 2036. Mankind has discovered two wormholes into foreign worlds; much to our misfortune.

Near the isolated town of Ernstburgh, two college students have just disappeared, likely due to the beings that came through the wormholes.

Seeking to escape his depressing day-to-day life, 20-year old Lucas Anderson decides to investigate the disappearances, only become a victim himself, too.

Once he wakes up on a distant moon, he knows he must get back to Earth. On his quest, he meets several aliens and eventually the two college students. Together, they embark on an interstellar adventure of galactic proportions, seeking to understand the truth behind what's going on.

New chapters will be released every Sunday, if possible, around 18:00 GMT+1. Occasional bonus content is released on Tuesdays.