Enter a world of deceit and assassins.  Augustus DeCastellian is a member of a wealthy merchant family, with ports all over the known world.  He is sent on a voyage to new lands to open trade routes, but when he returns he will need to fight, using his tools of manipulation and cunning, for what he is owed.

Author's note:  This story is somewhat slow-paced, especially in comparison to the norm on Royal Road.  The first three chapters act almost as a prologue, to give you a feel for what the rest of the story will be like.  So, I suggest new readers try to get to the end of chapter 3 before deciding if this story is for them.
A few of my reviews have said that this story is abnormal for Royal Road.  I agree with that sentiment, at least based on what I've read on the site.  It was just an idea that was in my head, that I began trying to write once my hobbies were cancelled due to the virus.  I found Royal Road after I started writing it.  Honestly, it's probably not even tailored for the web-novel format.  But it's the story I wanted to tell. 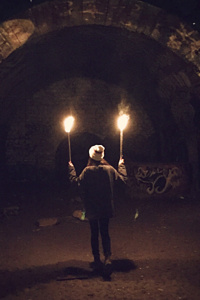 A group of friends, well acquaintances really, find themselves transported to a dungeon.  They must fight to survive, and learn why they were brought there.