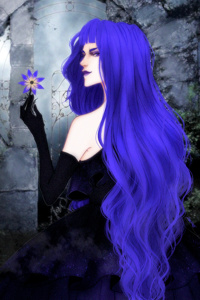 (Please heed the warnings above before reading)

Reborn into the beautiful but deadly world of Ethetia, she comes to a sudden awareness that she is now Livia Katrina Valentine, a character of a game of a reverse harem she once played on Earth called Aster Academy: The Feuding Houses.

But this revelation comes a bit too late. You see, Livia wasn't just anyone. She was not given the anonymity of being a background character, or even the blessing of being the heroine. Instead, she has bestowed the role of being the atrocious villainess. And that is exactly what she had been.

As a result, Livia triggers her own death flag event at her debutante. Her memories of her past life have the grace to come only minutes before she is accused of poisoning the heroine, Amelia.

But all is not helpless. Via last-minute intervention, Livia successfully manages to avoid having her head decapitated. Being exiled was a small price to pay for retaining a pulse. Plus, at least this way, Livia can finally start to live her life, to become more than just a cruel folly.

Her exile should have been a new but unusual beginning to her story.

Ethetia had once only been a background setting in a game. A pretty and still picture that mostly went disregarded as the even prettier characters on the screen unloaded their dialogue, but now, it was Livia's world. As real and wonderous as planet Earth once had been, filled with small creatures with their own wills, ambitions, and needs.

Such one creature decides that exile was not enough of a penalty. That Livia, the bullish and jealous tormentor of the heroine, deserves a fate more befitting of her past deeds.

One worst than death.

Livia's fate is ripped out of her hands. She is forced into a collar, sold to an empire rotten with greed, and placed inside a harem where she is expected to wither and die from the inside out.

But Livia refuses to be forgotten.

Burning with a deep rage against those who only wish to see her fall into her own grave, Livia makes a twisted promise to herself. A promise that pushes her through the darkest moments of her life and brings to light a newfound power rooted deep inside her.

So keen to discard her as the villain she has once been, the little creatures in their own ignorance brought forth something they could never dream to fathom.

A beacon of darkness. 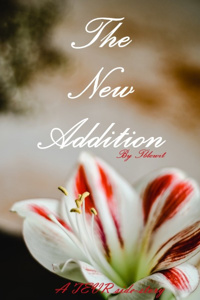 Now only a helpless toddler, young Livia watches as the world around her falls apart when a woman her mother does not like enters the Valentine household. Little Livia doesn't really understand why her mother is so upset, but with this new development, it seems her once distant father is much closer than ever before.

Was this really a bad thing? And why do the maids constantly whisper about a 'new addition'? Well, it seems little Livia will have to find out what all the fuss is about herself!

Important Note: This is a side series to the main story of The Exiled Villainess Returns. This story can be read alone, but would not make much sense unless you read at least the first volume of TEVR. This story takes place many years before Livia regains her memories.