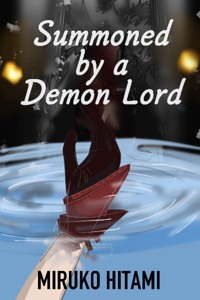 Rihoku wasn’t having the greatest life on Earth. Granted, he wasn’t having the worst one either. His parents, wealthy and influential enough to bribe his school, left him uncared for. His friends abandoned him after learning about his parents' bribery. Rihoku was an outcast ever since.

Trapped in a worthless void called life, he found freedom in the verge of drowning. When he woke up, a throne towered over him. A cloaked figure settled above.

It was the Demon Lord, and she wants him to be her champion.

Thrown in a game-like world where skills, magic, spells, monsters, and demons exist, Rihoku, now known as Kaito, found himself fighting humans and monsters alike. Struggling with his chance at finally living, he created new bonds he never knew he could forge. He was liberated. Or, was he truly?