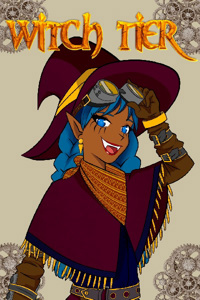 So first of all, the action in this screenplay really makes you want to see it live. Ships rising from the desert, spirits in the snow, big explosions, cool monsters... it would make for a really awesome movie or series. Each chapter ends with a bombastic (sometimes literally) cliffhanger that certainly carries the reader forward to the next chapter. I want to learn more about the queens and the princesses, I want to learn more about what will become of Rivna and her curse, I want to see more cool places and machines in this world. Also, it's a personal bias, but I love the Jewish touches (shekyls, Jewish names, etc...). It’s a flavor so rarely found in fantasy, so kudos for the representation.

The biggest problem for me was the prose. While not terrible, it feels like it needs more editing. There's a lot of missing punctuation, especially commas when people address one another (“men, kill her!” vs. “men kill her”), misuse of the possessive apostrophe (“queens, queen's”) confusion of “whos” and “who's” and some phrases that are correct but just unwieldy or feel out of place (“so-and-so, who's African-American in ethnicity”). However, these are just technical things and should be easy enough to clean up.