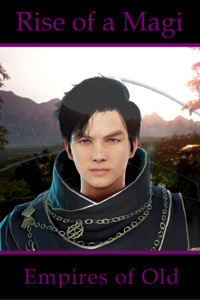 The Rise of a Magi - Empires of Old
HIATUS
64 pages

A fan-fiction held within the Metaworld universe created by Wutosama from their series Metaworld Chronicles.

This fan-fiction will adhere to the laws and physics of the Metaworld, for the most part, to stay as close to canon as possible.

In addition, this fan-fiction will try to keep to the same progression rate as the original piece.

Follow the life of the young mage William Godwine as he adventures throughout this magical world. Set in the west coast of what was once Canada during the early 2000's.  Join William in his fight against the magical beasts in hopes of retaking what was once lost.