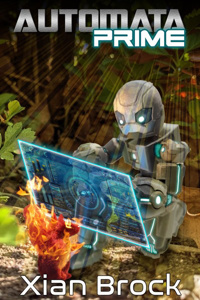 I was reborn into a fantasy world as a magic robot?! Automata Prime
ONGOING
869 pages

A programmer and toy designer is killed due to a cosmic sysAdmin error. As an apology, his soul is sent to another world, a world functioning very much like a typical Japanese RPG. To his delight, he is able to be reborn as 'automata', a robot, with some cheat abilities that fit right in with his background. Unfortunately, automata are seen as tools and property. Follow him as he proves them wrong and builds a new and better future for all automata. 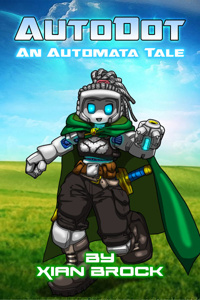 At the ripe old age of 12, Dorothy became a brand new Automata, synthetic beings with a living soul and memories of their previous life as an organic being.  Join her on her slice-of-life adventures as she discovers what it's like to grow up as a robot that runs on magic in a world of Adventurers and dungeon explorers, and parents that can't quite get that she doesn't need food or sleep any more.

AutoDot takes place in the same world as Automata Prime, but is set many years after the events of that series.  This book is suitable for both kids and kids at heart that enjoy some crunchy LitRPG elements.

I won't be releasing chapters on a schedule for this one, instead I'll be posting them as I write them with a target length of about 4500 words per chapter. 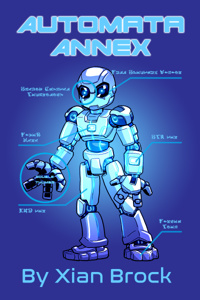 This Fiction is intended as a suppliment to my main title "I was reborn into a fantasy world as a magic robot?! Automata Prime".  This is the appendix that would normally go at the END of the book.  I will be updating the entries as new information is revealed in the story and linking back here from the author notes.

Here we'll explore the world that I've crafted in the book, learn new things about the characters, and get a deeper understanding of how magic works.  Think of it as an Automata Wiki.