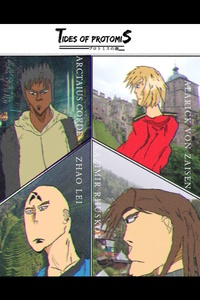 (Updates are back, now every Friday)

2016 AD, 3 years after the end of the third world war. The devastating 7-year long conflict, where over a billion met their end. In much of the world, things seem peaceful, as mankind begins to heal the wounds inflicted upon itself. Enter Arctaius Corde, once a young boy thrust into life or death battles, connected to this very war, surviving with abilities gained as he became a proto-human, And his ever-increasing ruthlessness. Today, he lives in the Tokyo. A troubled student at best. Though he had some fights, for the most part, his life had become a more peaceful one, but it would soon end. As a mysterious group that appeared during his childhood resurfaces, and begins to take action, eventually drawn in by their plans, he takes the first chance to begin chasing them.

(Desc is for Arc 1, currently on Arc 2. Reviews and whatnot are appreciated, they help me improve.) 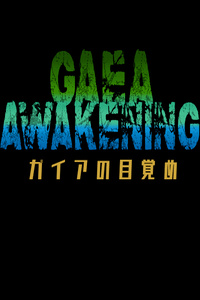 The world of Gaea, a vast planet filled with a variety of empires, people, and monsters. A world shaped by the power known as Chaos. Within, there lives a boy, his name, Inorema Pasi. Who begins a quest to become the strongest warrior. With the power he has stored within him, he stops for nobody, rushing forth to achieve his ambition. 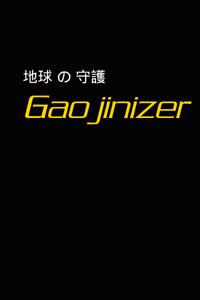 2060 AD, Humanity continued it's conflicts against itself,  though peaceful on the surface, the tension was clear. However, this tense peace was destroyed by an otherworldly force, that overwhelmed the earth's defenses, and its militaries... Now, 30 years later, the organization known as the UEF tries to defend against the constant raids, and begins their attempts to take earth back.

Note- This is a Mecha Story