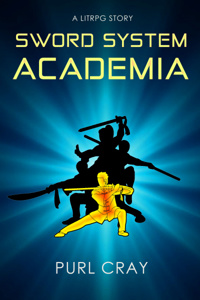 I didn't want to spam with an "update chapter", so hopefully here and in the story blurb will get enough eyeballs.

There are a couple reasons for ending SSA for now.

1) I wrote the next chapter but wasn't happy with it. I've been less and less satisfied with SSA's quality the more I thought about it. Part of the reason is...

2) I am seriously thinking about trying to publish some novels to help pay the bills, since I don't have my other source of income anymore. I have never asked for anything from SSA readers, no money, not even a review or rating. SSA is written for fun to amuse myself, primarily, and I would kind of feel bad actually charging someone money for something as unserious as that. I don't think it is good enough to ask anything in return.

To use an analogy from music, SSA is more like a jam session with a bunch of friends. You're just chiling and having fun playing some music. I mean, if you are Mozart or even Eminem, your jam session is good enough to sell, but for an amateur beginner like myself, haha, no.

If I want to publish something, I feel like I need to go the proper route of practice and rehearsals, which might be more similar to a classical concert performance.

With SSA, I work from worldbuilding notes and a loose outline, but what you are essentially getting is the first draft with lots of so-called pantsing. Pushing out a web novel like this also means it is very difficult to go back and improve things without breaking everything else downstream. I wanted to try this "jamming" approach, as it was a good way to teach me about another aspect of writing, but to move forward, I think I need to hone my "classical" techniques, which emphasize rewriting, or at least, revising outlines.

3) While I intend to try to make $$$, my actual current goal is to "get gud". I've spent a lot of time recently trying to understand the self-publishing industry, and I'm pretty sure I can make some money by using short-term strategies with my current amateur skill level. But I've seen too many authors come and go/burnout, and really, the only way that I think I can enjoy writing and still make money on a long-term basis is to become a better writer.

And the next step for me, which I haven't done much before, is to spend more time on rewriting and outlines. That is pretty much antithetical to the way SSA is developing. I've always been kind of 20/80 plotting/pantsing, but I want to spend a lot more time outlining before I even start writing. SSA jam sessions don't really fit my goal anymore.

If you're curious about what's next, read on...

Among other regrets, I regret not finishing SSA. It's the first story I've dropped, but then again, it's the first web novel I've attempted, so I suppose that's not a surprise. I don't think traditional web novel formats suit me that well. The whole SSA story I had loosely planned (beyond a first book or major arc) is way too large as well. Big story = good for neverending webnovel with Patreons, bad for penniless and fickle writer like me.

I am currently outlining a complete trilogy to another story in great detail. I want the story to end concisely, and I also want the chance to really spend a lot of time on the full outline to spot pacing problems, character issues, lost themes, and so on. I'll still share this story on RR.

What I intend to do is finish book 1, flash-publish the whole thing here for a few weeks, then publish on the big Zon. Repeat for books 2 and 3.

The upcoming story will be about crafting heroes. The backdrop is an isekai-like setting, where elves will summon humans to their world as heroes, but the whole hero crafting business is still in its infancy. The elven mage researchers are figuring out how to imbue heroes with power, while the heroes are trying to figure out how to use the powers that they gain. Humans are the best hero templates because they are blank and have no intrinsic magic. Or at least that what the elves thought. The human MC has his own secrets...

There will be some similarities with litrpgs, but I would call it more a progression fantasy or gamelit story. For example, the stats are very low, at least initially. Say we have a stat called Str. Going from Str = 1 to Str = 2 is a huge deal. Also, going from Dex = 0 to Dex = 1 is an even bigger deal. I guess you could call it a "low-stat litrpg", haha.

Also, the heroes won't be gaining stats simply by killing things or leveling up. You can't increase stats arbitrarily, either. There will be rules to how stats can increase, and how they work with each other. The elven mages will be figuring out these rules in order to craft stronger and stronger heroes. Some inspiration will be from cultivation magic systems, but there won't be overt cultivation, at least for now. A theme I really want to explore is the idea of interactions. That includes things like hero crafter vs hero, tactics vs strategy, skill synergies, racial interactions (dwarves, elves, etc), and son.

Yeah, so hero crafting. I'm super excited about this project and venturing into publishing.

If you want to check out the upcoming story, you can follow my RR author profile to see when it drops here.

THANK YOU TO EVERYONE!

I'm very sorry that SSA is stopping, but I hope at least some of you will find the next story at least as enjoyable, if not more. Thanks to all the readers who gave SSA a shot. Big hug or solid fistbump to all of you, whichever you prefer!

I hope this message is not a downer but an upper, because I am psyched!!

Talen, youngest Master of the Koroi, makes his way to the Empire's capital to salvage his clan's fate. But the bustling city has few opportunities for the traditionalist.

For the old sword clans are fading. With the rise of alchemy, gold can purchase strength that ordinarily took years of training to cultivate. Sword artists, once rare and accomplished, are quickly growing in number, especially among the wealthy noble class.

Even with such alchemy, though, no one has advanced to the rank of Grandmaster in countless years. Talen's true dream is to walk the path of a sword artist to the very end while fulfilling his clan duties.

And then the Swordgeists return, fabled founders of all sword arts, gods who had touched the world long ago and vanished. These myths turned into reality warn of a coming threat. Alongside this warning, they issue an invitation to the Sword System Academy, a path to power beyond the mortal realm. But first, they will hold an entrance exam...

Story notes:
Sword System Academia blends elements of western and asian fantasy such as xianxia and litrpg. I took parts from different genres I enjoyed and twisted them into my own creation. There will be an explicit system, both of the litrpg kind and the hard(ish) magic kind, but it is embedded within an academic structure that will develop over the course of the story. This is my attempt to design a unique type of system, the System Academia.