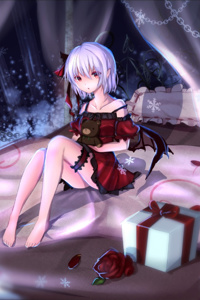 A collection of One-Shots

Coincidence after coincidence, Gabriel convinced himself to be a God. After a coincidental meeting with a girl, he will discover that not everything was a coincidence in his life.

Born as a living weapon, Grace can do nothing but obey the government and fulfill her missions. Every day was always the same, until the day he came and freed her.

Third story: The First Ever

A normal day in Dreiser's life, who is probably the most powerful Arch Magus in existence.

Fourth story: A day in the life of Miyu-chan

The simple story of a live-in girlfriend’s normal day-to-day life, her interactions with the people around her and her opinion on how to cope with living alongside an otaku.

The reminiscence of a servant of the Gods.

How Lloyd, a transmigrator, manages to overcome a life and death situation.

The index of chapters of the fascinating and captivating story of Yiding Xiansheng Lu Er’s life as he cultivates to become the strongest person ever.

Inquisitor Aurora is tasked with the investigation of a small commune which has been realeasing many new and diverse revolutionary artifacts and spells.

Ninth story: I would've preferred a generic harem novel to this

Darwin, a young man from the 21st century, is summoned to another world with a peculiar ability; thankfully the Hero BBS helps him cope with the situation.

After having payed her weekly visit to her psychiatric, Lia heads home while thinking about her mother and Dr. Kris' proposition. Playing a game. Of course it's no normal game, it is the first Virtual Reality MMORPG released by Crathos Inc., the leading company in virtual reality games. Supposedly, the game would make her world whole again. Supposedly, the game would take away the boredom that is her life. """.. I guess I could give it a try; when was the last time I felt any excitement?" 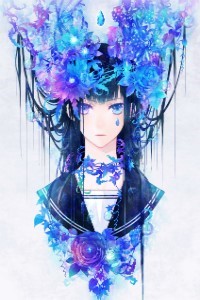 The normal life of a girl that had once been kidnapped and now has got to deal with her comeback to society.